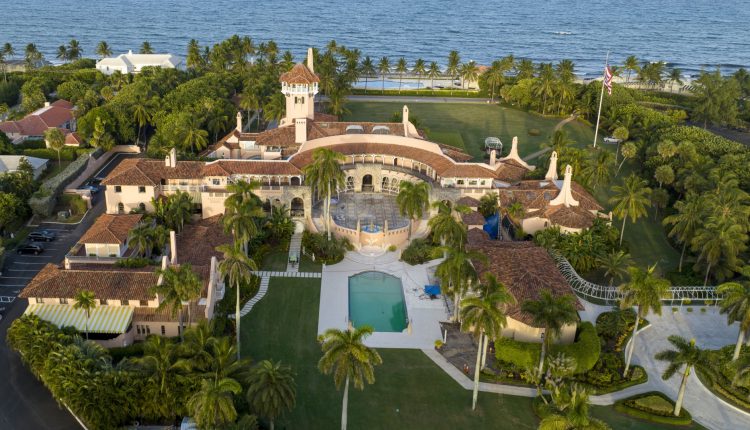 According to the authorities, documents classified as “top secret” were found during the raid on former US President Trump’s house. This is a criminal offense under US law. Trump continues to see himself as a victim of “left-wing Democrats”.

The US Federal Police FBI has seized a considerable number of documents classified as “top secret” during a search of the property of ex-President Donald Trump. This emerges from court documents that have now been released. According to a paper released by the court, FBI officials took 11 sets of classified documents, including some marked “top secret.”

Trump said on Friday that the confiscated documents were no longer subject to secrecy. According to the French news agency AFP, these documents should also have contained information about the President of France. The court documents did not provide any further details.

Trump continues to see himself as a victim

A federal judge had previously overturned the search warrant’s secrecy. Attorney General Merrick Garland had requested the search warrant be released, but Trump’s attorneys did not object, according to the Justice Department. In the search warrant, the raid on Trump’s Mar-a-Lago residence was justified, among other things, by suspected possession of sensitive defense documents. Accordingly, it was about a possible violation of the anti-espionage law in the United States.

US federal law prohibits the taking and keeping of classified documents in unauthorized locations. Violations can result in imprisonment of up to five years. Improper handling of confidential files is also classified as a misdemeanor.

The FBI searched Trump’s Florida home last Monday. The process is considered unprecedented in US history.

Trump repeated the accusation that he was the victim of “unprecedented political arming of law enforcement agencies” by “left-wing Democrats”. The raid has sparked anger and outrage in right-wing circles, fueling fears of violence. FBI Director Christopher Wray lamented threats against the federal police on Wednesday and described them as “reprehensible and dangerous”.

The US National Archives, meanwhile, contradicted Trump’s claims that his predecessor Barack Obama kept secret documents after his departure. According to the legal requirements, after Obama left office in 2017, the National Archives “assumed the exclusive legal and physical custody of the Obama presidential records,” the state institution said. Around 30 million pages of non-classified documents are kept in the Chicago area. Classified information would be kept in Washington.

Trump had written on the “Truth Social” network he co-founded that if the authorities had asked him about it, he would have given them all the documents. “The bigger problem is what are they going to do with the 33 million pages of documents, many classified, that President Obama took with him to Chicago?” he wrote in the same message.

Trump had made the same claim before – as with many of his claims without providing any supporting evidence. In general, the truthfulness of Trump’s statements is disputed. The Washington Post fact checkers had proven Trump made more than 30,000 false or misleading statements during his four-year term from 2017 to 2021. The ex-president also claims to this day that he also won the 2020 election.

Travelers entering US from Uganda to be…

What is gravity bong?