Faeser wants to lower the hurdles for naturalization 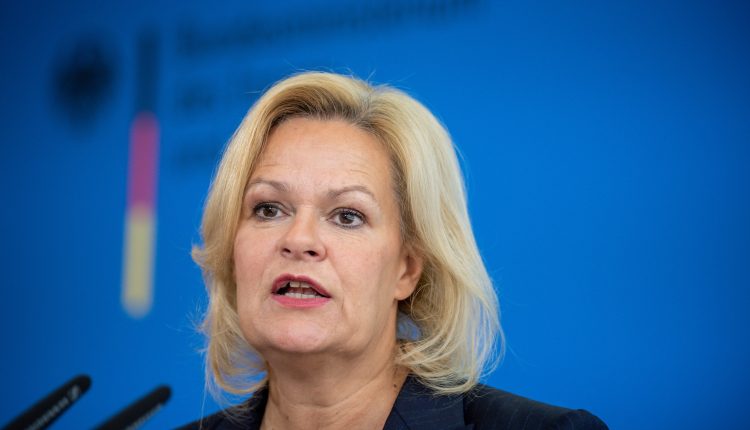 Less waiting time, no renunciation of the old citizenship, special rules for children and the elderly: According to a media report, Interior Minister Faeser wants to make naturalization in Germany easier.

Federal Interior Minister Nancy Faeser wants to significantly reduce the requirements for naturalization in Germany. This is reported by the “Bild” newspaper and refers to information from a switching conference between the Ministry of the Interior and the responsible departments of the federal states.

Accordingly, Faeser plans that children born in Germany to foreign parents should automatically receive German citizenship if one parent has had “his lawful habitual residence” in Germany for five years.

The new regulation aims to make access to the German passport easier.

The length of stay in the country required for foreigners to naturalize should be reduced from the current eight to just five years. In the case of “special integration achievements”, naturalization is possible after just three years. At the same time, the obligation to renounce one’s previous citizenship when naturalizing is to be abolished.

According to the newspaper report, Faeser wants to remove the language certificates previously required for naturalization of people over the age of 67. Instead, the “ability to communicate verbally” should be sufficient in the future. The previously required knowledge test about Germany is also not applicable to this group.

According to the information, the legislative project is still in an early phase. Coordination of the plans within the federal government is still pending.

Criticism from the CDU and CSU

The parliamentary director of the Union faction in the Bundestag, Thorsten Frei (CDU), criticized the planned changes. “The German passport must not become junk,” he told the newspaper. The deputy leader of the parliamentary group, Andrea Lindholz (CSU), explained: “Foreigners in Germany are thus deprived of a great incentive to integrate.”

Why Matthew McConaughey took his…