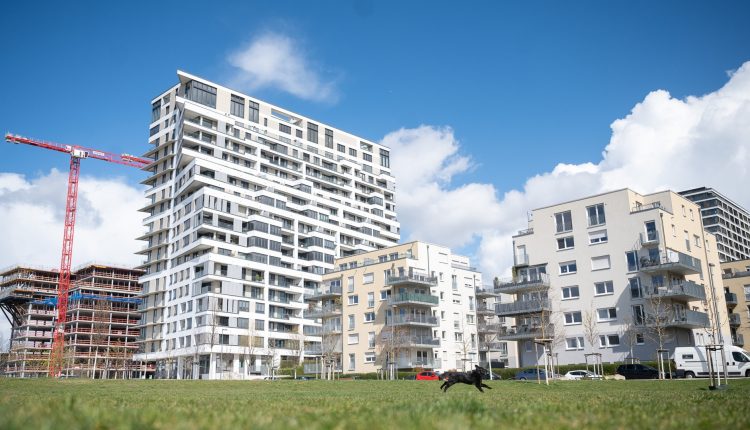 Inflation and geopolitical uncertainties are leading to weak credit growth in the euro zone – including for real estate. According to an EY analysis, the share of non-performing loans will increase.

According to a study, high energy prices and falling demand will significantly slow down lending in the coming year. According to the “European Bank Lending Forecast” analysis by the consulting firm EY, loans to companies would decline particularly sharply. After a record growth of 6.4 percent this year, corporate credit is expected to decline by 2.9 percent in 2023.

This puts Germany below the average for the euro zone, for which a decline of 2.7 percent is expected. “Germany is particularly affected by this crisis because Germany has to solve structural problems – especially in the production sector, which until recently was dependent on cheap energy imports from Russia,” says Robert Melnyk, head of banking and capital markets at EY Financial Services.

According to the study, real estate loans will also decline next year. According to the forecast, these will rise by 6.2 percent this year, but demand will fall with the turnaround in interest rates. “In addition, real estate, whose prices rose by 35 percent between the first quarter of 2019 and mid-2022, now appears overvalued in many regions,” says Melnyk. “The banks are reacting to this – they are rightly more cautious about lending.”

EY analysts expect the stock of home loans to fall by 0.1% in 2023, while the broader eurozone is expected to grow by 0.5%. “It is becoming increasingly difficult for potential home builders to set up sustainable financing,” says Melnyk. Because the additional regulatory measures will also slow down the financial institutions in granting real estate loans. “And the banks will take a very close look to see whether the financing plan is realistic even in times of record-high energy prices.”

The EY analysts assume that more and more private individuals and companies will no longer be able to repay their loans in the next year. The share of non-performing loans in the total loan volume in Germany is expected to almost double from the current 1.2 percent to 2.3 percent. The fact that there have recently been very few loan defaults is also due to government relief measures and insolvency moratoria during the pandemic.

“The banks have to be prepared for the fact that the number of corporate insolvencies will increase again if we get into a recession,” says EY managing partner Thomas Griess. However, the German banking industry coped with the increase without any problems, so that there is no danger for the banking sector. The outlook on which EY bases its forecast assumes a decline in economic output of 1.1 percent in the coming year, which is significantly stronger than in the entire euro area, where the economy is expected to shrink by 0.1 percent.