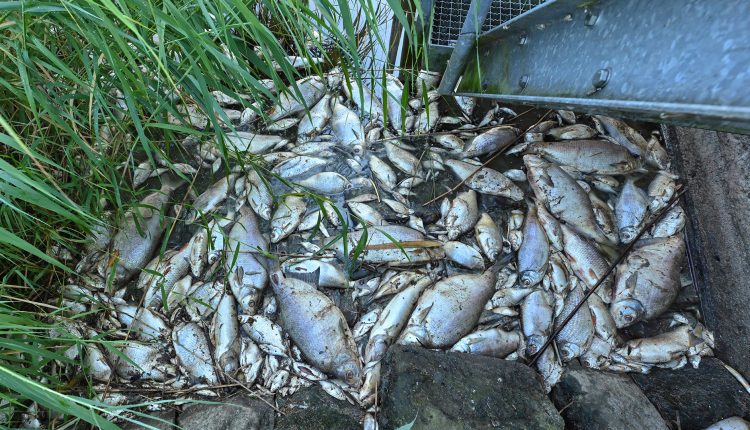 Experts are assuming it was a man-made catastrophe: first the salt content increased extremely, then the algae bloom came. This then led to the death of fish in the Oder. This is the conclusion reached by the Federal Environment Agency and other authorities.

It was probably a kind of chain reaction that, according to researchers, led to the death of fish in the German-Polish border river: First, the salt content in the Oder apparently rose sharply. This in turn led to a massive increase in brackish water algae, which is deadly for fish. According to a report by the Federal Environment Agency and other authorities, this is the “most plausible hypothesis”.

The cause of the salt discharge is unclear

The researchers thus confirmed the previously suspected assumptions about the causes of the environmental catastrophe. The Environment Ministry stressed that discharged salt led to the mass proliferation of the brackish water alga Prymnesium parvum. This in turn produced a toxic substance that led to the massive death of the fish and other organisms such as snails and mussels.

According to the report, the researchers could not identify the cause of the salt discharge. The exact source of the salts, other elements and chemicals is unclear, it says.

Overall, the analyzes indicated “multi-causal mechanisms of action” that would have led to the massive deaths of the animals. High temperatures and low levels of precipitation have exacerbated the situation because the concentration of harmful substances has risen as a result. The experts also identified herbicides that were “highly likely to be industrial discharges.” The acute poisoning cannot be derived from this, it said.

The analysis of more than 1200 known substances and elements showed that the substances detected “typically came from discharges from industrial or municipal sewage treatment plants”. The report does not give any further details.

In order to prevent future disasters of this kind, the scientists recommend, among other things, further research into the spread of brackish water algae and improvement of the cross-border warning and reporting system. Existing permits for the discharge of substances into water should also be reviewed.

Federal Environment Minister Steffi Lemke does not see the problem as limited to the Oder: “We have to check and reduce the discharge of substances into rivers, for example from sewage treatment plants.” The Greens politician announced that she would discuss this with the federal states in November.

Poland had the first indications at the end of July

The massive fish kill was discovered on August 9th on the German side of the border river. According to government information, Polish authorities had the first indications of this at the end of July. Germany accused Poland of not reporting the events early.

A German-Polish group of experts set up in mid-August did not submit a joint report. Instead, there are now two separate analyzes of the respective pages. Polish experts had presented their findings the day before and identified the spread of the algae as the most likely cause of the fish kill.