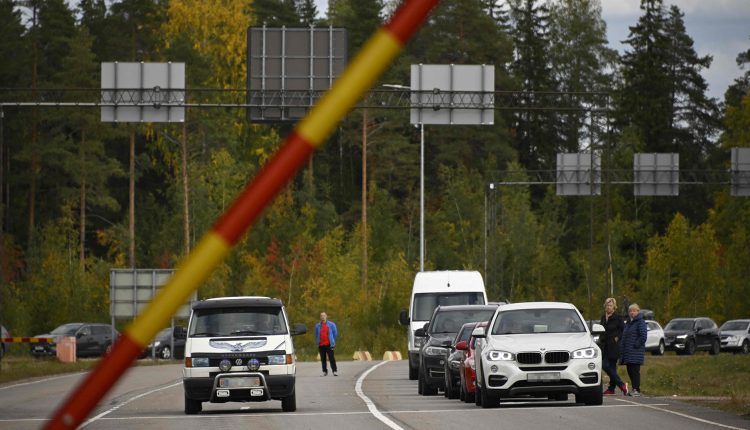 Should Russian deserters only be able to enter the EU via the usual asylum procedure – or should there be a special regulation? The federal government is pushing for a European solution. The 27 EU ambassadors will advise on Monday.

Dealing with Russian conscientious objectors who leave Russia should be coordinated at EU level. The current Czech EU Council Presidency called a meeting of the 27 EU ambassadors under the so-called crisis response mechanism for next Monday, a spokeswoman said.

The federal government is pushing for a coordinated regulation: Government spokesman Steffen Hebestreit said they want to reach a common line at European level in the next few weeks on how to deal with Russian conscientious objectors. It is about finding “a viable solution” together with the other EU countries. In this special situation, just pointing out that anyone who manages to enter the country can apply for asylum is not sufficient.

So far, the 27 states are far from a common line. So far, there are no plans for a special reception program either in Germany or at EU level.

The Czech Republic, for example, opposes the acceptance of Russian deserters. “Those who flee their country because they do not want to fulfill their obligations to their own country do not meet the conditions for issuing a humanitarian visa,” emphasized Foreign Minister Jan Lipavsky. However, Prime Minister Petr Fiala later admitted that nobody would be denied the right to an asylum procedure. With a few exceptions, the Czech Republic no longer issues visas to Russians.

Poland does not want to grant refuge to conscientious objectors. “We will not allow any group of Russians to enter Poland across the board, not even those who claim they are fleeing the mobilization,” Deputy Interior Minister Marcin Wasik told Polish public broadcaster. Such a step is too dangerous because of possible connections to Russian secret services. Only in individual cases, when a Russian citizen can prove that he is at risk of torture or persecution in Russia for political reasons, Poland can apply the asylum regulations and grant him protection.

Since the beginning of the war on February 24, Poland has stopped issuing tourist visas to Russian citizens. The country has also spoken out in favor of extending this regulation to other types of visas.

In Germany, both in the traffic light parties and in the Union, there is broad agreement to make it easier for Russian dissidents to be admitted to Germany. Federal Minister of the Interior Nancy Faeser had already made it clear that people who oppose the Russian regime and are therefore “in great danger” can apply for asylum because of political persecution. The decision-making practice of the Federal Office for Migration and Refugees has already been adjusted accordingly, she told the “Frankfurter Allgemeine Sunday newspaper”.

Left leader Martin Schirdewan told the Funke newspapers that the possibility of applying for asylum, to which the federal government refers, is “not an active offer of protection”.

According to the Foreign Ministry, the number of asylum seekers from Russia in Germany has already increased in recent weeks. According to a spokeswoman, figures for the development since the partial mobilization on Wednesday are not yet available.

Since the announcement of partial mobilization by Russian President Waldimir Putin, many Russian men have fled abroad. Many fly to Turkey, where Russians can enter without a visa. So far, Russian tourists have also been able to enter the Schengen area via the Finnish border by bus or car. Almost 6,000 Russians arrived at the border crossings in south-east Finland on Thursday – more than twice as many as a week ago. The Central Asian ex-Soviet Republic of Kazakhstan also provided information about increased migration from Russia.

The EU only made entry more difficult for Russian citizens in mid-September. Since then, there have been higher hurdles, especially for new tourist visas. The visa fee increased from 35 to 80 euros. In addition, the application takes much longer. Multiple entries have also been made more difficult. Exceptions should apply to Russian journalists and Kremlin critics, among others.