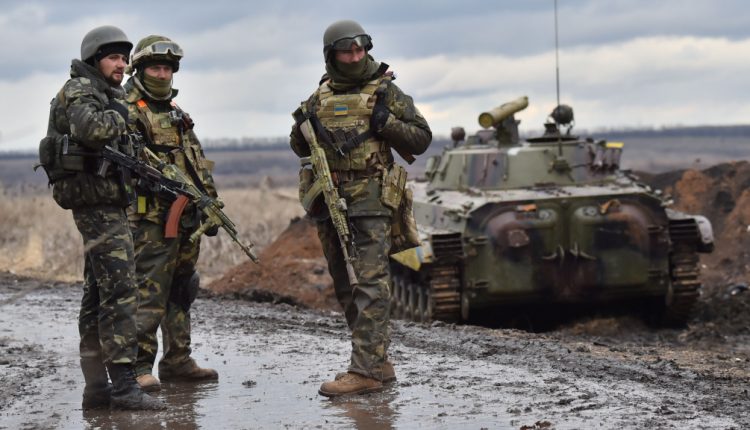 The EU is considering a training mission for Ukrainian officers, according to a report. In view of Russia’s military activities on the border with Ukraine, this could be an “expression of solidarity,” according to an internal paper.

The European Union is apparently considering an independent military training mission called the “EU Military Advisory and Training Mission Ukraine” (EUATM). “A military mission would underline the visibility and commitment to the countries of the partnership,” says an internal working paper of the European External Action Service (EEAS), from which the “Welt am Sonntag” quotes.

In the document, the EEAS promises a training mission for Ukrainian officers. “Such a deployment would be an expression of solidarity with Ukraine in view of the ongoing military activities of the Russian Federation on the borders with Ukraine and in the illegally annexed Crimea,” the working paper said.

Accordingly, the agency, led by EU chief diplomat Josep Borrell, mentions three other ways in which the EU could help improve the military capabilities of the Ukrainian army. This also includes expanding the advisory mission on reforming the civil security sector (EUAT Ukraine), which has been in existence since 2014.

According to the report, the responsible EU ambassadors recently discussed the EEAS document for the first time in the “Political and Security Committee” (PSK). In particular, the three Baltic EU countries as well as Poland, Romania and Slovakia are urging an independent military training mission. They would be supported by Sweden and Finland.

Ukraine and Russia at war since 2014

Ukraine has been at war with Russia-backed separatists in the east of the country since 2014. However, the fighting has been frozen for months except for exchanges of fire on the front line. Russia has also annexed the Ukrainian peninsula of Crimea. Ukraine is striving for closer ties with the West and hopes to join NATO one day. Russia sees this as a threat to its own security.