Electricity and gas price brakes: What if the contract expires? 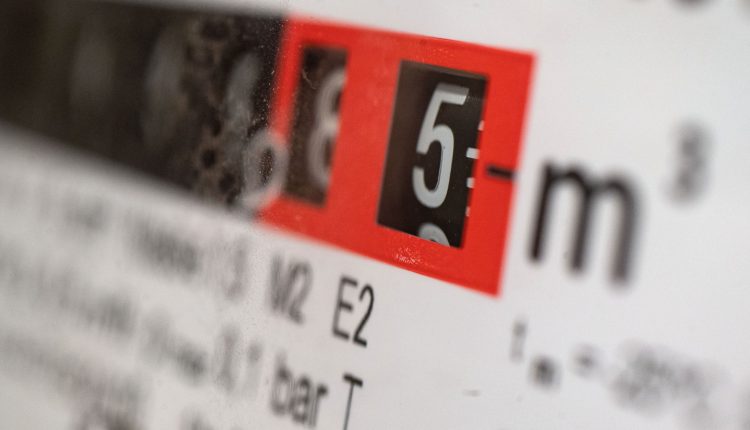 From January the price of electricity and gas should be capped. This means relief for the consumer. Is it still worth looking for a cheap provider?

The shock was great when Nis Andresen held a letter from his gas and electricity supplier in his hands on a Friday at the end of October. It said: “Due to the current developments, we are withdrawing completely from the supply of gas on December 1st of this year.” In other words: From December onwards he would no longer have a gas supplier – and electricity prices should also rise. “Of course, that was a shock so close to the heating season. No more gas suppliers and electricity increased by almost 50 percent, and then on a Friday afternoon.”

And with the request to have decided by Monday, 12 noon – because then the “cheap” electricity supply would expire. Over the weekend, Nis Andresen rolled offers, looked for new electricity and gas providers. “But the prices were horrendous,” said the Stuttgarter.

In fact, new customers have to expect to pay between 50 and 140 cents per kilowatt hour of electricity, as the comparison portal Verivox shows. For a family of four, this would result in an electricity bill of between 170 and 500 euros per month.

What remains is the so-called basic supply. “A default supplier is defined for each region, which takes on the role of backup or default supplier,” explains Rashid Elshahed from the energy group EnBW. If consumers no longer have an electricity or gas contract because their agreement with the previous provider is ending, “the replacement supply ensures that they continue to be supplied with electricity and gas. This is regulated in the Energy Industry Act.”

What details to pay attention to

In other words, no one in Germany will suddenly find themselves without electricity or gas, not even if an existing contract has been terminated and they have not concluded a new one. However, basic care also has details that need to be considered. On the one hand, this is often cheaper than the exchange offers from other providers. In Stuttgart, for example, the local supplier EnBW currently pays 37 cents for a kilowatt hour in the basic supply. As a transition, until this tariff takes effect, the customer must pay a so-called “backup supply” for a whopping 58 cents per kilowatt hour – and that, according to EnBW, for “up to three months”.

This is the first place where customers should be vigilant, says Matthias Bauer from the consumer advice center in Baden-Württemberg: “The basic suppliers like to give the impression that consumers are regularly included in the replacement supply. That’s wrong! In general, you only get into Exceptional cases in the replacement supply. Classic is the insolvency or the termination of balancing group contracts and the failure of a provider change.”

Nils Andresen got on the phone at eight o’clock on Monday morning – and finally managed to switch to the basic supply for both gas and electricity without first having to pay the higher replacement supply tariff. However, he is not completely satisfied: “Definitely better than having to look for a new electricity provider, but in view of the coming electricity and gas price brakes, one naturally wonders whether that was smart in the long term.”

Because from next spring, the prices for electricity and gas will be capped. With the so-called electricity and gas price brake, the federal government wants to relieve the burden on citizens. As early as January, the electricity price for private consumers and small and medium-sized companies should be a maximum of 40 cents per kilowatt hour. Also from January, the gas price will be capped at a maximum of twelve cents. This regulation is to last until April 2024. Both caps apply to the basic requirement of 80 percent of the previous year’s consumption.

But if there will be an upper price limit from spring anyway, is it still worth comparing prices and looking for a cheap electricity provider? “Comparing prices is definitely worthwhile, since the electricity price brake will only cover 80 percent of basic requirements. So you pay the market price of your provider for the remaining 20 percent,” says Matthias Bauer from the Stuttgart consumer advice center. That is why low tariffs and economical use of energy continue to be of great importance.

No price guarantee in the basic service

He also advises: “If you receive an electricity or gas price increase, check whether you have a price guarantee in the existing contract, because then the price increase could be illegal. If you still want to switch, the basic supply can be an alternative as a temporary solution.”

However, this does not offer a price guarantee. The prices for basic services can therefore rise. Providers would have to inform their customers about changes “with a notice period of six weeks before they come into effect,” EnBW said.

Nils Andresen is at least happy to have security for the time being: “It’s a good feeling to know what’s coming up financially, at least in the coming months, because the situation – both on the energy market and in politics – is yes very dynamic right now.” And if at some point the basic service no longer turns out to be the best choice for him, it can be canceled at any time – with a 14-day notice period.