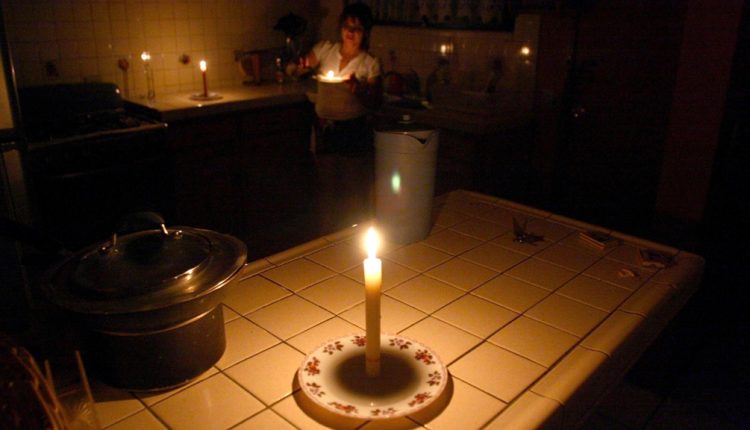 If consumers do not pay their electricity or gas bills, the worst-case scenario is that they will be switched off. The number of closures has already increased in 2021. This year it should hit even more.

Even before the dramatic increase in energy prices as a result of the Ukraine war, the number of electricity and gas cutoffs due to unpaid bills had increased again. In 2021, the number of power cuts in Germany increased by a good two percent to around 235,000, according to figures for the new monitoring report by the Federal Network Agency and the Federal Cartel Office, which are available to the dpa news agency. With gas it was even twelve percent, so that the shutdowns rose to around 27,000.

This means that around 0.4 percent of all electricity customers and around 0.2 percent of all gas customers in Germany were affected by delivery stops last year. The increase is partly due to catch-up lockdowns from 2020, according to the report. Citizens who got into financial difficulties as a result of the Corona crisis temporarily had a so-called right to refuse performance in the first year of the pandemic. Payments for electricity and other services of general interest had to be deferred.

The majority of suppliers also voluntarily refrained from blocking their customers. As a result, the energy suppliers only turned off the electricity for around 230,000 consumers in Germany because of unpaid bills – almost 20 percent less than in 2019. The number for gas had also fallen by 22 percent.

In 2021, around half of the electricity and gas suppliers surveyed by the Federal Network Agency also voluntarily refrained from blocking. Nevertheless, the right to refuse performance was abolished and payments could no longer be postponed – and the number of shutdowns increased again.

The number of closures is likely to increase further in 2022

According to the authorities, there is still no data for 2022. However, the increase in energy costs in 2022 could mean that even more electricity and gas customers default on their bills. As a result, a renewed increase in the blockages is ultimately possible, it said.

Energy costs are likely to rise rapidly this year. According to a study by the non-profit consulting company co2online, for example, heating an average 70 square meter apartment in an apartment building with natural gas is more than half the price – by 67 percent and thus 550 euros more per year. As a result, more than one in three Germans expects to have problems paying energy bills in the coming winter, as in September ARD Germany trend emerged.

In order to reduce the burden, the federal government is, among other things, reducing the electricity price with a billion-dollar subsidy and is planning a gas price brake. However, the chairwoman of the gas price commission, Veronika Grimm, dampened expectations of the measure. Since Germany is permanently ending its energy dependency on Russia, the gas price “will remain significantly higher than before the Russian attack on Ukraine due to the higher liquid gas procurement prices despite a gas price brake,” Grimm told the Funke media group today.

Shutdown only after two months and a certain sum

Strict regulations apply to the blocking of electricity and gas. In the basic service, a block may only be carried out if there is a delay in payment of two monthly payments and at least 100 euros. If no monthly payment has been agreed, the delay in payment must be at least one sixth of the expected annual amount. This now also applies to the gas sector, where there was previously no lower limit.

If a customer does not pay a due claim from his supplier, he first receives a reminder, which is subject to a fee. An interruption of the energy supply will be carried out at the earliest four weeks after the threat of the blocking. The specific date of blocking must be announced to the customer eight working days in advance.

Blocking is also not permitted if it is disproportionate. This is particularly the case if there is a concrete danger to the life or limb of those affected. Last year, around four million electricity customers and around one million gas customers received a ban threat. The authorities intend to publish the 2021 monitoring report at the end of November.