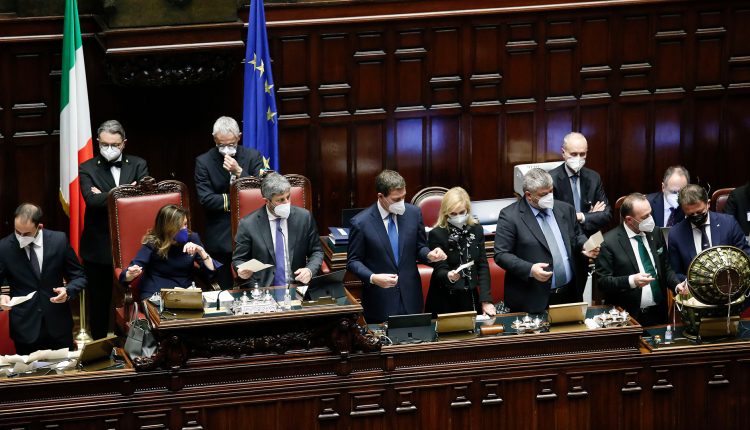 Fourth day, new attempt: But even today there was no winner in the presidential election in Italy. The search for a new head of state will continue tomorrow – into the fifth round.

Italy’s politics are still treading water – even the fourth vote in the presidential election today did not result in a winner. More than half of the electors abstained again. No one achieved the required absolute majority, with the outgoing President Sergio Mattarella receiving the most votes. However, he has stated that he is not available for a second term.

The president is chosen by the electoral body from around 1000 parliamentarians and regional representatives in a secret ballot. A two-thirds majority was required for the first three rounds of voting; as of today, an absolute majority is sufficient to win the election. Nevertheless, Prime Minister Mario Draghi, who was considered the favourite, was unable to prevail.

Renzi: “This kid stuff has to stop”

Meanwhile, anger over the current blockade is growing: Former Prime Minister Matteo Renzi accused the political groups of playing games. It is about the most important election of the next seven years. “I find it scandalous,” said Renzi. And in view of the dispute between the political camps, he spoke of “children’s stuff” that had to stop.

Neither the centre-left nor the centre-right have put forward a candidate, after several potential applicants had previously been rejected by different parties. This started intensive negotiations behind the scenes in order to finally come to a conclusion. The leaders of the parties intensified their efforts to find a solution.

In a joint statement, leading politicians from the right-wing conservative spectrum said they favored a personality with “high institutional value”. This indicates candidates from the field of the judiciary or a high official. Lega boss Matteo Salvini announced that he would soon propose non-partisan candidates to the centre-left bloc. He hopes that a head of state will be elected tomorrow.

The leader of the social democratic party PD, Enrico Letta, warned the conservatives against making backroom deals with non-party MPs in order to make someone from their camp president. Any unilateral action will jeopardize the government’s existence, he tweeted, given that the government led by Draghi is based on the right and left blocs in parliament. “That would be the quickest way to blow everything up,” Letta explained.

The office of head of state in Italy is largely representative. However, there is a lot at stake this time because of the potential election of the incumbent Prime Minister Draghi: new elections and the breakup of the fragile coalition that Draghi made head of government are threatened.

Again no winner in the Italian presidential election