Does the Luca app still have a future? 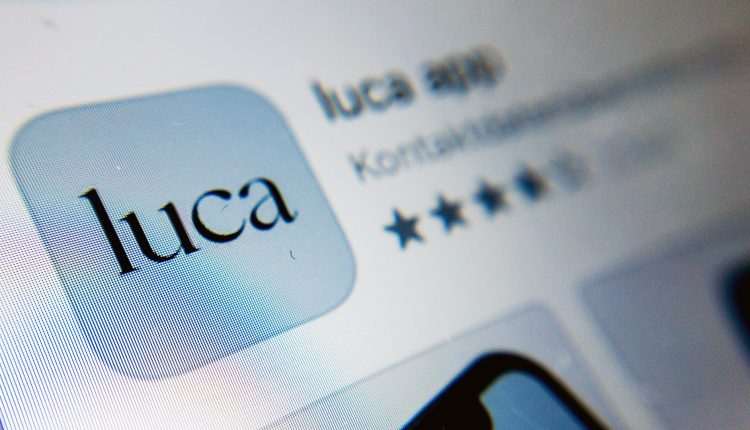 Just over a year ago, expectations were still high. But the balance of the Luca app is sobering, it hardly plays a role. Several federal states do not want to extend their contracts.

It was late February 2021 when rapper Smudo was in the ARDprogram “Anne Will” gave millions of Germans hope: The Luca app, in whose developer company culture4life GmbH he is involved, is a kind of “fire extinguisher” in the pandemic, a helpful tool for contact tracing.

After that, a real run on the app began. Many municipalities wanted to make it easy for their citizens to visit pubs again. Today’s Health Minister Karl Lauterbach was jubilant at the time: The app could “make a significant contribution to the fight against corona”. According to the operating company, there are currently more than 40 million users.

Expert considers the Luca app to be waste

But now, according to Jens Rieger, IT expert from the Chaos Computer Club Freiburg, the Luca app has hardly had any significant effect in fighting the pandemic. “Using the app as a substitute instead of paper lists is just waste,” he told SWR.

Rieger has been tracking usage from the start and points out that even Hamburg, as one of the states that had used the app heavily in the past, has heavily scaled back its use in recent weeks.

Hardly any data queries since October

According to SWRAccording to a survey of the almost 400 German health authorities, Hamburg’s authorities have still made 527 contact inquiries at pubs, restaurants and other places where users have logged in since October. When asked, Hamburg’s tax authorities said that the use of the app had been suspended because contact tracing could no longer be guaranteed – apparently due to the sharp rise in the number of infections.

In other federal states, the Luca app recently played an even smaller role. The district office of Würzburg (Bavaria) has used the app 27 times since October for a contact query, followed by the district of Harburg (21) and the “Hannover region” in Lower Saxony (19).

In many other health authorities, on the other hand: none. In Bavaria, for example, at least 30 of the 76 offices have not started a single query since October. In confidential conversations with SWR Many district offices wave it down: The Luca app is hardly ever used. But there is also positive feedback.

For example, it is said from the district of Tübingen (Baden-Württemberg) that the app was used to send warning messages to logged-in guests if infections occurred in clubs. In North Rhine-Westphalia, Thuringia and Saxony, on the other hand, there were no contracts with the operators at all. There is often no statutory obligation to trace contacts there.

Vaccination status in the Luca app in the future?

For observers like Rieger, the currently low use is not only due to the increasing number of infections. Functions such as the warning against close contact with infected people also worked more efficiently and quickly with the competing product Corona Warn-App. Rapper Smudo counters this: You don’t see yourself as a competitor, but as a “strong partner” of the Corona warning app.

In an interview with the SWR he announced that they are working on implementing the vaccination status of a user in the app. For example, contact tracing can be focused on the unvaccinated. Overall, the app is a “super deal”. Users have logged in 330 million times so far.

Recently it became known that the Mainz police had illegally obtained data from the Luca app via the responsible health department.

From what is known so far, however, this was an isolated case. In other cases, such as in Baden-Württemberg and Rhineland-Palatinate, investigative authorities at health authorities were rebuffed because the Infection Protection Act fundamentally puts a stop to the use of data for criminal prosecution. Rapper Smudo called the Mainz case “shocking” and “terrifying”.

The uncertainty remains. The Rhineland-Palatinate Minister of Justice Herbert Mertin (FDP) caused astonishment with his statement that the Luca app could possibly be used by investigators in murder investigations. Unlike the Federal Highway Toll Act, for example, the Infection Protection Act does not contain any clear regulations for the transfer of data to investigators.

“In order to clarify significant crimes, especially capital crimes, they can be considered in individual cases, taking into account the principle of proportionality,” said Mertin in the legal committee of the Rhineland-Palatinate state parliament. Baden-Württemberg’s data protection officer Brink contradicts this: “The contact details may not be used for capital crimes or other very urgent, essential investigative aspects of the security authorities either.”

The Luca app operators now have to fear that some of the 13 federal states with which they have concluded corresponding contracts will now be abandoned. There are “so far no concrete talks with the countries about extending the contract,” the operating company said SWR communicate.

Schleswig-Holstein had already announced in the summer that it wanted to work without the Luca app in the future. Bremen announced on Friday that it would end the cooperation.

According to the app operator, the federal states have so far paid 18 million euros for use. And the Federal Ministry of Health in Lauterbach? To the SWR it announces: “The federal government continues to provide the Corona warning app free of charge for digital contact tracing.”