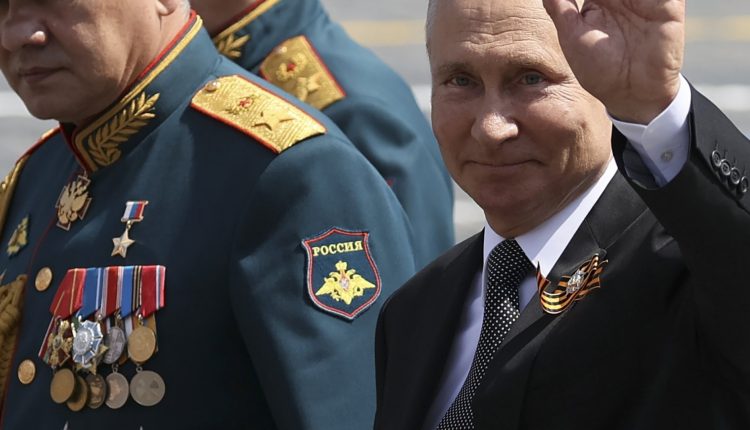 Russian President Putin repeatedly threatens to use nuclear weapons. US President Biden warns of “Armageddon”. How likely is such a scenario at the moment?

“This is not a bluff” – these are the words of the Russian President that worry many people in Germany. Coupled with the fact that Putin’s war isn’t going his way at all and this could drive him to some kind of desperate act. Putin’s Chechen ally, warlord Ramzan Kadyrov, has already openly encouraged the Kremlin man to use tactical nuclear weapons on the battlefield in Ukraine.

Nevertheless, almost all nuclear weapons experts agree: yes, the danger that Putin will use a nuclear weapon has grown – but the probability is by no means particularly high. “It used to be zero, now it’s a little higher. But it’s still very low,” says nuclear weapons expert Moritz Kütt from the Institute for Peace Research and Security Policy at the University of Hamburg.

Even smaller weapons would have uncontrollable consequences

It is considered almost impossible that Putin could use intercontinental missiles, i.e. the so-called “strategic nuclear weapons”, which could theoretically hit London, Paris, Berlin or New York. The retaliation by the USA and NATO would be so massive that the “apocalypse” that US President Joe Biden is now warning of could actually occur.

But even in the first weeks of the war, there was speculation in security circles that Russia could detonate a smaller, tactical nuclear weapon on the battlefield in Ukraine. But even this would hardly bring Putin any closer to his military goals: A tank formation, for example, which is widely spread along the front line, could not be eliminated with such a weapon.

In addition, there would be uncontrollable consequences for Russia: A nuclear cloud from which one does not know where it is moving. And a nuclear-contaminated area on which even Russian troops could no longer move safely.

Possible consequence: turning away from China or India

In addition, the mushroom cloud would be shared all over the world on social media and thus visible – but also for the soldiers on site: “It simply leads to a fear where we can’t even imagine what that means for the troops: they run All gone? This effect cannot be controlled and takes place on all sides,” says scientist Kütt in an interview with the ARD Capital Studio.

Above all, breaking the taboo of triggering a nuclear catastrophe on European soil for the first time in a war would be too monstrous for most people to imagine. It is questionable whether the generals in the Russian chain of command went along at all.

And finally, it is expected that powers such as China and India would then turn their backs on Putin. Putin should also be aware that the disadvantages of a mission far outweigh the advantages – at least that’s what he hopes.

There is no doubt that Russia would be technically capable of a nuclear strike: Russia is said to have a total of around 1,500 strategic nuclear weapons that can probably be deployed within minutes. In addition, over 2000 tactical.

These warheads, however, explains nuclear expert Kütt, would be stored centrally and would then have to be transported to their carrier systems – aircraft or missiles – with some effort. “It requires military logistics that we hope we can see,” Kuett said. “Either with satellites or intelligence information.”

So that means the West would have a certain amount of advance warning. Which doesn’t make it any easier to decide how to react if the worst comes to the worst. But that’s exactly what the “Tiger Team”, security experts in the closest circle of Joe Biden, has been racking their brains since the beginning of the war.

There are many indications – at least at the moment – that the USA and NATO would retaliate in a conventional manner rather than in a nuclear manner. “That would be so horrible that there would have to be an answer. But not with nuclear weapons. You don’t want a nuclear escalation. But you would have to show that something like that would be in no way acceptable,” speculated David Petraeus, ex-general and former CIA chief, recently on ABC.

Exactly how this reaction would turn out, whether the USA and NATO would intervene in the war in Ukraine themselves or detonate a nuclear weapon themselves, is something the West is deliberately leaving open. In any case, the US State Department indicated that it had conveyed to Russia that it would have to fear “catastrophic consequences” if a nuclear weapon were to be used.

It is precisely this uncertainty about what to expect then that is supposed to keep the Russian president from “thinking the unthinkable”. At least that’s the hope.