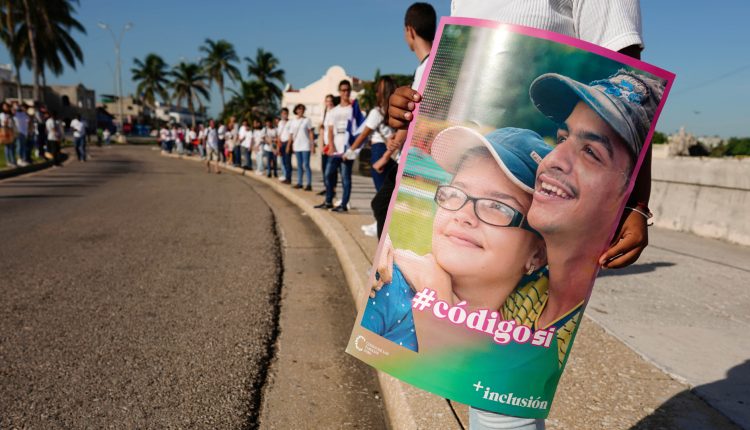 In a referendum, the people of Cuba vote today on a new family law. It is considered very advanced. The vote is a risk for the state leadership – not only because of the marriage for same-sex couples.

If adopted, Cuba’s new family law reforms adoption laws, legalizes surrogacy and artificial insemination, strengthens the rights of women, the elderly and carers, and increases protections against domestic violence. It also takes into account the fact that in many families four generations live under one roof, take care of each other and share childcare.

However, it is not only evangelical communities and the Catholic Church that oppose the opening up of marriage to same-sex couples. Older communists often don’t fit same-sex marriage into their revolutionary worldview.

For many young people like Osorio, who is in her mid-twenties, the opening is long overdue. “I want to start a family with a woman and be able to have a child with her,” she says. “I want my family and society to respect me instead of being judged. I’m not doing anything wrong. I just want to be happy in my family.”

The communist party and state leadership wants broad social support for the project. Proposals for amendments flowed in at thousands of discussion events, state and party media drummed for a “yes” in the referendum in countless programs and articles, and party-affiliated organizations demonstrated for the acceptance.

Cuba’s President and party leader, Miguel Díaz-Canel, personally campaigned for family law reform. He called it a long overdue modernization step. “The Code does not dictate that there must be any particular type of family; it recognizes all that exist and are inspired by love,” the President said. “So to deny the existence of a different kind of family is an act of exclusion. I believe that exclusion is harmful and sets us back.”

risk for the government

The referendum represents a risk for the government – not only because of the opening of marriage. The young university professor Raúl Escalona recently put it this way:

I believe that the novella is generating reactions precisely because of the profound changes it is provoking in Cuban society. Motivated in part by traditional conservatism, which has long socially ostracized certain behaviors. But there are also interests that want to turn the debate on the family code into a debate on the Cuban state itself.

Countless families have been torn apart by the exodus of tens of thousands of people from Cuba in recent years. And after renewed pro-change protests in Cuba in July, hundreds are still in prison. This is another reason why exiles and members of the opposition living in Cuba campaigned for a “No”.

But in the event of the expected adoption of the family law, many in Cuba will probably ask themselves why there shouldn’t be more participation in other policy areas in the future.