Counterfeit figures at lowest level since 2013 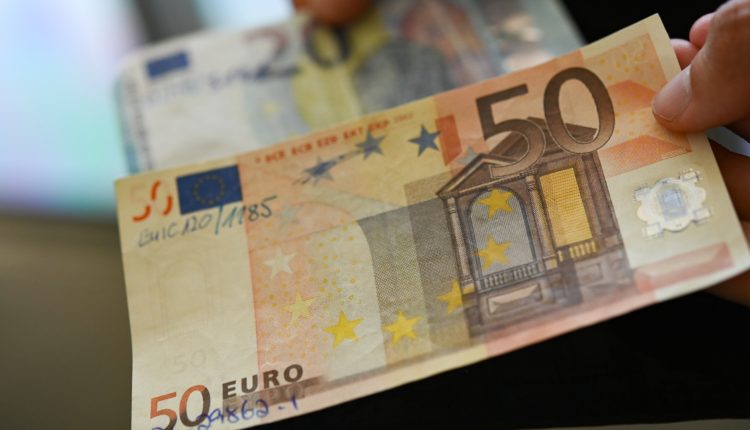 The number of counterfeit money in Germany fell to the lowest level since 2013 in the first half of the year. But the financial damage increased. The most commonly counterfeited €20 and €50 banknotes.

Police, retailers and banks in Germany withdrew 19,789 counterfeit euro banknotes from circulation in the first half of the year. This was announced by the Deutsche Bundesbank. That was almost 3.9 percent less than in the second half of 2021 and at the same time the lowest value since the second half of 2013 with 19,350 flowers at that time. “The trend in counterfeit money has been declining since 2016,” said Bundesbank board member Johannes Beermann in Frankfurt.

This is thanks to the high-quality security features on the banknotes and the Bundesbank’s information campaigns and training courses, as well as the good cooperation with the law enforcement authorities, explained Beermann.

However, the financial damage increased by around eleven percent to 991,690 euros compared to the second half of 2021, contrary to the trend of recent years. According to the Bundesbank, this was mainly due to the fact that larger denominations such as counterfeit hundreds and two-hundreds were increasingly being withdrawn from circulation. However, the most popular with counterfeiters are still the 20 and 50 euro banknotes, which together account for 77 percent of the flowers seized.

Pandemic with consequences for counterfeiters

According to Beermann, how the lifting of the corona restrictions this spring will affect the number of counterfeit money is likely to become apparent in the second half of 2022. Because of the restrictions in the pandemic, criminals found it more difficult to sell their imitations, for example at Christmas markets or folk festivals, where bills and coins are usually used to pay.

According to the latest data from the Federal Criminal Police Office (BKA), the number of crimes involving counterfeit money in Germany has continued to fall during the corona pandemic. Last year, the authority counted 38,234 counterfeit money offences. That was 16.7 percent less than a year earlier. The BKA reported that the downward trend, which has been declining for years, has continued.

Since 2020, cases involving counterfeit coins are no longer included in these overall statistics. According to police estimates, more than half of the counterfeit money found in Germany is now being sold online, for example via encrypted messenger services or on the Darknet.

What to do with counterfeit money?