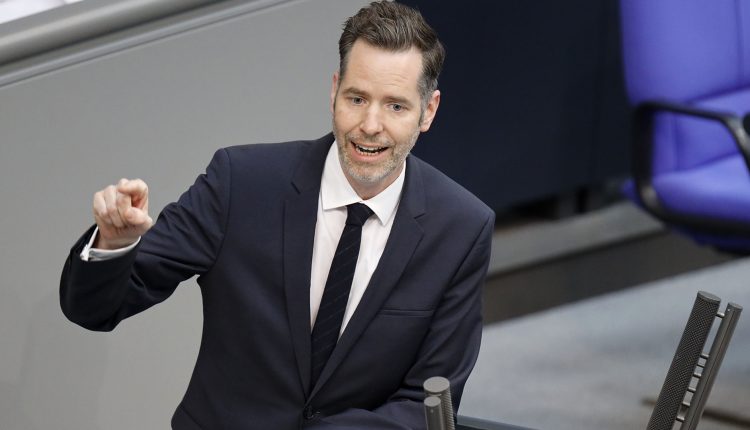 How well is Germany prepared for the Corona fall? In view of the increasing number of infections, the federal states are pushing for quick nationwide regulations. FDP politician Dürr asked them to become active themselves.

In view of the increasing number of infections and the feared autumn wave of corona, FDP parliamentary group leader Christian Dürr has accused the federal states of always calling for the federal government, but of doing too little themselves to prevent it.

“They often call for measures that restrict freedom, but don’t prepare themselves organizationally for the autumn/winter wave,” said Dürr im Deutschlandfunk. “First of all, I expect organizational preparations without any restrictions on freedom, and then we’ll see what else is necessary, what we still have to ask of the individual citizen.” Dürr admitted: “Corona is very dangerous and Corona will probably stay forever.” And: “There will be another wave.”

The federal states are therefore pushing for nationwide regulations to be made early before autumn, after most of them expired at the insistence of the FDP and the legal status for basic protective measures, which is still in force, expires in mid-September. However, Dürr sees no great time pressure for this because this could happen very quickly. “The Bundestag managed to pass such measures within a few days.” One is already prepared, “even in the summer, if something were to happen.”

However, Dürr ruled out certain measures: lockdowns, curfews or school closures “should no longer be an instrument that we use across the board”.

The Green Bundestag Vice-President Katrin Göring-Eckardt is pushing for quick legal preparations for an autumn wave. “Further corona precautions must now be worked out very quickly so that the tried-and-tested measures remain possible in autumn and winter if necessary,” she wrote on Twitter. “Timely prevention is the key to fighting a pandemic. In the event that a new virus variant emerges or the healthcare system reaches its limits, we must remain prepared. Tried and tested must then be possible again.”

Göring-Eckardt referred to the government’s expert council, which presented its report on Friday on the assessment of previous corona measures. The scientists came to the conclusion that the measures are effective, but only to a limited extent. Masks only help if they are worn properly – and a lockdown only as long as people are ready for it. The experts also complained about the lack of data.

The German Association of Cities called on the federal government to act quickly. “The traffic light has to be agreed before the summer break,” said general manager Helmut Dedy to the newspapers of the Funke media group. “It’s too late to start a legislative process for a new infection protection law in the fall.” The federal government should make it possible “in the event of a dangerous situation” to wear masks indoors “it is mandatory,” Dedy demanded.

“Access regulations for 2G/3G also belong in the toolbox. We have to be prepared when more dangerous virus variants roll towards us.” Dedy also emphasized the importance of free citizen tests. “The federal and state governments should therefore make citizen tests easily accessible if necessary.”

With a view to autumn, the German Medical Association called for a targeted protection strategy for children and young people. “We now need a round table of health and education ministers as well as doctors, educators and other scientific disciplines to develop a viable corona strategy for schools and daycare centers,” said Klaus Reinhardt, President of the German Medical Association, also to the newspapers of the Funke media group. It is worrying that the effects of school closures on the infection process have hardly been scientifically proven.

On the other hand, numerous studies have clearly shown the massive psychological and physical consequences of social isolation for children and young people. “Interchangeable teaching and school closures should only be the ultima ratio, if at all,” emphasized the doctor. With the expert report, politicians have received important guidance. Concrete legislative steps are necessary, including sufficient budgetary funds, among other things to promote pandemic research and to keep schools open, the doctor demanded.

Federal Minister of Health Karl Lauterbach (SPD) and Minister of Justice Marco Buschmann (FDP) want to present a proposal for the new Infection Protection Act in July, which is intended to regulate the procedure in autumn and winter.

Lauterbach warned in daily topics-Interview before a “difficult autumn”. He believes that “we will have great difficulties with the BA.5 variant that is now spreading here”. The minister relativized the importance of the expert report on the forthcoming reform. In addition to the report, there are numerous international studies, the expertise of our own expert council and international scientists, which also have to be taken into account.