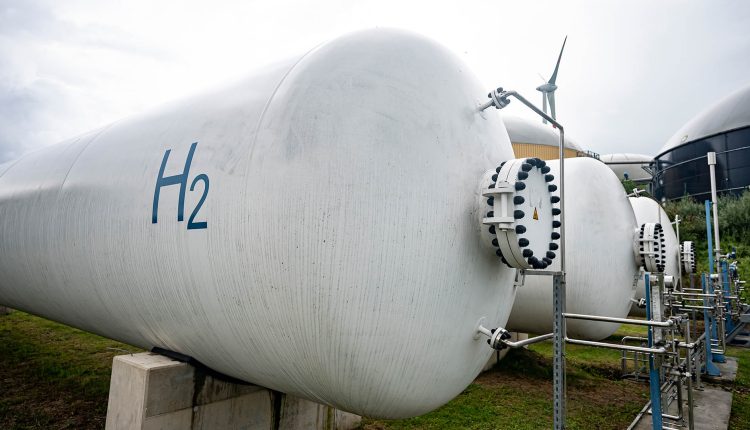 Economics Minister Habeck is leaving today for a trip to Africa. Namibia is supposed to be about green hydrogen. The country has enormous potential for generating electricity from wind and sun – and a German company wants to take advantage of this.

Green hydrogen is to reach Europe from the deserts and thus replace oil, gas and coal. That’s what the federal government decided: “I have great hope that there will be a double-digit number of countries that will also export to Germany by 2030,” says State Secretary in the Federal Ministry for Economic Affairs and Climate Protection, Patrick Graichen (Die Grünen).

This is a huge opportunity for countries in Africa and the Middle East, and a race for the best building sites has begun. “The petrodollars that used to flow to the Middle East will now flow to Africa as green energy dollars,” predicts Stefan Liebing from the German-African Business Association. German companies were also at the forefront.

An idea from the Uckermark in Namibia

Enertrag, for example, is based in the village of Dauerthal in Brandenburg and is currently becoming a global player. The head of foreign projects, Tobias Bischof-Niemz, is responsible for the currently largest planned hydrogen factory abroad for ten billion euros in Namibia. The pilot plant for this is in Brandenburg and made history: “It was the first plant in the world to generate hydrogen purely from wind power, and it certainly gave a lot of food for thought,” says Bischof-Niemz. Dozens of international delegations have traveled to the Uckermark since then.

More than 600 of the company’s own wind turbines rotate around Dauerthal. With almost a thousand employees, Enertrag is not only an important employer in the Uckermark, but has already initiated billions in investments in clean energies worldwide. “What we are doing here in the Uckermark is very similar in dimension to what we are now planning and planning in Namibia,” says Bischof-Niemz.

Wind and sun from the desert for green energy in Germany

In the south of Namibia, Enertrag has its project called “Hyphen”: Planned in the deserted Tsau Khaeb National Park. The desert-like area has been a restricted zone for 100 years because diamonds are mined there. Nevertheless, he was allowed mdr turn here. One goal: a sandy hill in the middle of nowhere. There is a measuring tower on it.

“It’s a much stronger wind,” says Luciano Hausschild, who collects precise data on the wind for Enertrag in South Africa. At the North Sea in Germany, there are just eight meters per second for the wind turbines at the same height. “And here we are already at eleven meters per second, even twelve in some positions.” As a result, green electricity can be generated cheaply here – for less than two cents per kilowatt hour.

“This is a perfect location: We are in one of the world’s best onshore wind locations, a world-class resource. Fifteen kilometers to the east we have our solar systems, also in the world’s best locations,” enthuses “Hyphen” project manager Jonathan Metcalfe from Enertrag South Africa. In addition, the ocean is twelve kilometers away. From this, water can be extracted for the production of hydrogen.

The project area is huge, 100 kilometers long and 80 kilometers wide. 600 wind turbines and two solar fields are to provide a capacity of seven gigawatts – as much as seven large nuclear reactors. In order to cope with the huge investment, Enertrag is working as a “hyphen” consortium with a financial investor.

Is the old colonial rule still in people’s minds?

Lüderitz is very close to the project area. The name of the place stands for German colonial rule. There, German troops maintained camps for captured Herero and Nama. Thousands died. Today many people live around Lüderitz without work. Many are now coming to the townships in hopes of finding the jobs Hyphen wants to create.

Bishop Niemz from Uckermark met with the president’s economic adviser in Namibia’s capital Windhoek: “We have the highest national debt and the highest unemployment that we have ever had,” says presidential adviser James Mnyupe. “So for us, this is a very important opportunity to create jobs.”

Habeck in Namibia and South Africa

Mnyupe is amused that there are still people who talk about new colonialism in projects like “Hyphen”. “Germany came here to take values ​​and bring them to Germany. Now we’re talking about jobs and industries in Namibia that were originally in Germany but are less rewarding there.” If it is now possible to produce green ammonia in Namibia more cheaply and greener, then the industry might come there, the consultant hopes.

Africa received alms for a long time. It changes. Europe needs the deserts of the world for a climate-neutral, green future. For this reason, Economics Minister Robert Habeck is leaving today on a five-day trip to Namibia and South Africa. The ministry said on request that the first station in Windhoek was about closer cooperation on hydrogen. Habeck is also planning to talk to Namibia’s President, Hage Geingob. Apparently, both sides hope for a better future through cooperation.

Why Chancellor Scholz is traveling to South America

Argentina: Scholz hopes for an agreement with Mercosur countries

In the presence of the Crown…

Olivia thought she found the love of her…