Continental is feeling a lot of pressure 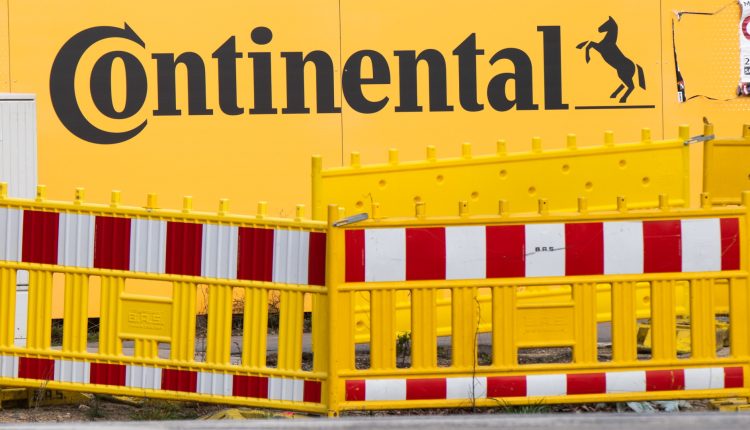 The year got off to a rather weak start for Continental. While the tire business developed positively, the development of the automotive supply division was disappointing in view of the many burdens.

In the first quarter, the Continental Corporation posted a sharp drop in operating earnings in its “Automotive” division – from plus 97 million euros in the previous year to minus 165 million. The “increasingly turbulent market environment” with burdens from the Ukraine war, expensive energy, new delivery problems and corona lockdowns in China had a negative impact on the third-largest German automotive supplier after Bosch and ZF, as the company announced today.

The tire business developed better at the start of the year thanks to increased sales and price developments, which were good for Continental. Continental referred in particular to replacement tires for passenger cars and commercial vehicles, which would continue to be in high demand. This and the higher costs of the necessary raw materials could lead to price increases. Things were also going better in the mechanical engineering sector.

“In the first quarter, price increases in the areas of procurement and logistics hit us hard,” said CEO Nikolai Setzer. “Despite this massive headwind, we achieved a good result in the tire area.” Overall, the DAX group from Hanover achieved an operating result of 375 million euros for the first quarter and was thus significantly below the previous year’s figure of 663 million euros. Sales increased by eight percent to around 9.3 billion euros.

Continental is now trying harder to pass on its higher costs. CFO Katja Dürrfeld told the Reuters news agency that talks with customers and suppliers about price adjustments are making progress. “We have achieved initial successes in negotiations with our customers.” However, she did not mention the extent to which the sharply increased costs can be passed on to customers.

Conti also expects additional costs for energy, logistics and material of 3.5 billion euros in 2022. With a view to the shortage of semiconductors, Dürrfeld said she was still assuming a slight relaxation in the second half of the year. The chip shortage will not be completely overcome in the next year either.

For a long time it has been observed that Conti customers and car manufacturers are able to massively increase their profits despite the many problems. Corporations such as BMW, Mercedes-Benz and Volkswagen are compensating for the drop in unit numbers by concentrating on particularly high-priced and therefore high-margin models and also by offering even fewer discounts. It seems understandable that such a development also creates covetousness in corporations like Continental.