Commentary on the decision on the EU corona fund: everyone is a winner 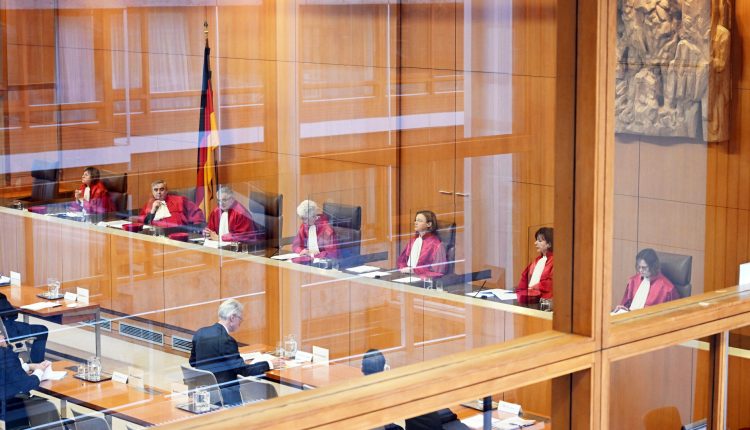 It is a verdict that all sides can be satisfied with. Germany can participate in the EU fund, but only under certain conditions. Internally, there was apparently noise in the Federal Constitutional Court.

Actually, everyone can be happy about this verdict and feel like a winner. On the one hand, the plaintiffs around the euro skeptic and AfD co-founder Bernd Lucke. In its judgment, the Federal Constitutional Court made strict requirements as to the conditions under which Germany may participate in the Corona reconstruction fund: The EU may only become indebted in absolutely exceptional cases. The Commission in Brussels can only take out billions in loans in the event of Europe-wide crises, and this must be limited in time. The debt must not get out of hand. In addition, the billions must be used to cushion the consequences of a crisis. From the plaintiff’s point of view, this is quite acceptable.

But the Federal Government and the Bundestag can also be happy. Germany can continue to participate in the aid program, which is the decisive factor from Berlin’s point of view. It will continue to be possible for the European states to support each other in the event of serious crises such as the corona pandemic. This is important and good, it strengthens solidarity, which is often neglected within the EU. Incidentally, it should be noted that the EU can exempt certain countries from such financial aid that do not abide by the European rules of the game and show a complete lack of solidarity. In Poland, the ruling party PiS has smoothed out the rule of law and brought the judiciary into line, which is why aid money for Poland was frozen. That’s right.

Anyone who reads the verdict will sense that things must have gotten really busy behind the scenes at the Federal Constitutional Court. Constitutional judge Peter Müller, former CDU prime minister in Saarland, did not support the verdict and attacked his colleagues in an unusually sharp manner. He fears that the verdict will open Pandora’s box towards a completely new financial architecture in Europe.

Müller believes that the EU’s decision does not set any limits when it comes to debt. The current Federal Chancellor and former Federal Finance Minister Olaf Scholz demonstrated last year that fears of a new financial architecture – one could also speak of a debt union – are not entirely unjustified. In a speech to the Bundestag, he described the fund as an “overdue step towards fiscal union”. So he was not talking about a single crisis measure that would only be considered in exceptional cases. At the time, Scholz added: The fund is actually not a reconstruction program at all. Rather, it is about the renewal of Europe.

During the negotiation, representatives of the federal government presented it in a completely different way. This is annoying, because such contradictory behavior leads to disenchantment with politics among many citizens.

Comments always reflect the opinion of the respective author and not that of the editors.