Comment on the “Leopard” decision: So important, but also so late 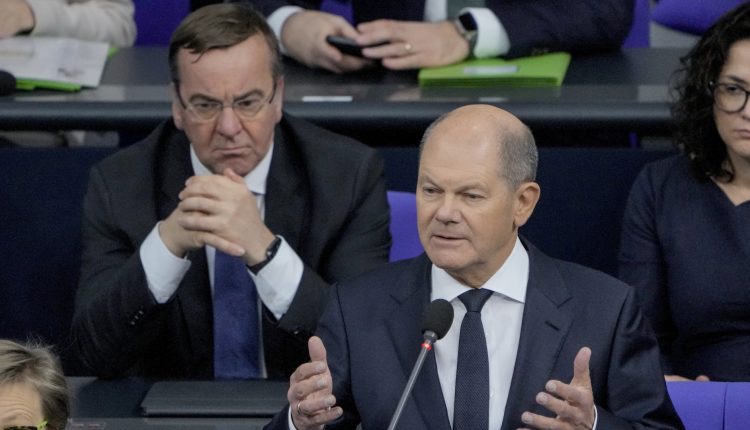 The Ukraine is now getting “Leopard” main battle tanks – also from Germany. An important decision by the Chancellor, who had been hesitant for a long time. But Scholz missed an important opportunity.

It’s a kind of “Panzerwende 2.0”: After Olaf Scholz announced the delivery of the “Marder” infantry fighting vehicle to the Ukraine almost three weeks ago, thus initiating a new phase of German arms deliveries, the “Marder” is now followed by the “Leopard”. The first “Panzerwende” is now followed by the second by the “Zeitenwende-Kanzler”. Finally.

Because there is no doubt that Ukraine urgently needs the most modern battle tank in the world. All military experts agree: the attempt to regain territory is already faltering. And Russia is gearing up in the spring – reinforced by around 200,000 recruits – for the next massive offensive.

How did an Austrian colonel put it recently? “Marten” without “leopard” – that would be like delivering “nails without a hammer”. So now the Chancellor is doing “nails with heads” or “nails with hammers”. Albeit late.

Because no matter how much Scholz may now boast of avoiding going it alone and forging an international battle tank coalition – he wasted valuable time and a great opportunity: time because Ukraine does not have exactly that in its defensive struggle and the “Leopard ” would have needed in late summer. And because it’s not the case that people have been thinking aloud about the main battle tank for just a few days – the first Ukrainian application dates back to March last year.

And as far as the missed opportunity is concerned: the quite relevant proposal to form a European alliance of all 13 countries that have the “Leopard” has been on the table since September.

In this way, Germany could have created a triple win situation: Ukraine would have been helped, Berlin would have underpinned its claim to leadership, which it has repeatedly put forward, and in this way also pleased the USA, which for years has been desperately waiting for Germany and the Europeans, as an exception go ahead themselves and not constantly wait for the Americans to help them do their military-strategic homework.

With its hesitation, however, the German government has now irritated the Eastern European alliance partners and, in the end, also annoyed the transatlantic partner. By insisting on the parallel delivery of the US model “Abrams” – a bulkier, more complicated variant of the main battle tank that cannot be easily refueled with diesel – which US President Joe Biden would gladly have done without.

However, if the Chancellor insists that he is consciously probing and cautious for good reasons, “not letting himself be carried away,” as he said in the Bundestag, he has not succeeded in communicating these reasons. Instead, he left it at the sparse announcement that you should simply trust him.

In the interests of both Berlin and Kiev

After all, it’s hard to deny that Russia’s President Vladimir Putin will only go to the negotiating table when he can’t get any further militarily. The “Leopard” tanks will not do this on their own. But they can make a contribution.

So Scholz’s “Panzerwende 2.0” is in the interests of Berlin and Kiev alike – even if it doesn’t necessarily mean a turning point in this war. And as far as Ukraine’s existence is concerned, the following applies anyway: At present, almost all weapons are defensive weapons – even a battle tank like the “Leopard 2”.

Comments always reflect the opinion of the respective author and not that of the editors.

Leopard for Ukraine – so important so late