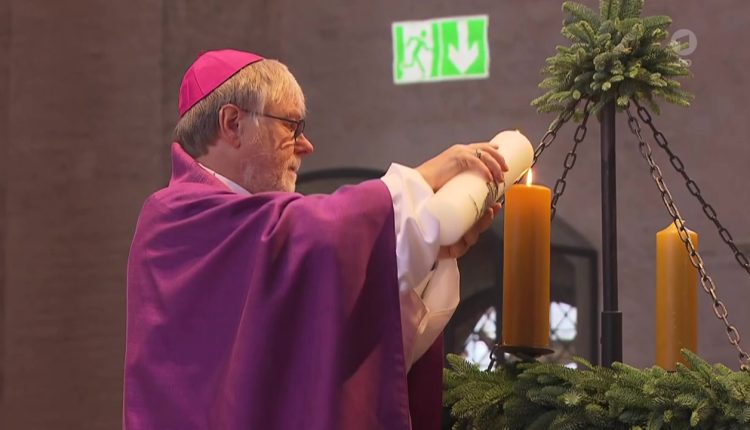 The church aid organizations “Brot für die Welt” and “Adveniat” traditionally start their Christmas campaigns on the first Advent. This year there were festival services in Oldenburg and Trier. The focus was on climate change, health and poverty.

Criticism of the world climate conference

“Bread for the World” advanced with its 64th nationwide fundraising campaign entitled “One World. One Climate. One Future.” in the Oldenburg Ohmsteder Church, climate justice came to the fore.

According to the manuscript, Bishop Thomas Adomeit said in the sermon in Oldenburg: “With a view to God’s creation and climate change, we have to tackle very specific challenges for the one world and our common future.” The recently concluded World Climate Conference clearly described the need, but the proposed solutions “should have gone further”.

At the climate summit that ended in Egypt on November 20, the states had agreed on a fund to compensate for climate-related damage. The delegates could not agree on a clear commitment to phase out fossil fuels.

The director of the “Christian Commission for Development in Bangladesh”, a partner organization of “Bread for the World”, Juliate Malakar, reported on the effects of global warming on her country. Cyclones hit the river deltas with their swampy areas and washed valuable land into the sea. The climate crisis is a global threat “that is visible everywhere – albeit with different faces”.

On the first Advent, the Christian aid organizations “Brot für die Welt” and “Adveniat” are opening this year’s fundraising campaigns

At the opening of the “Promote Health” campaign in Trier Cathedral, the Catholic aid organization “Adveniat” was primarily concerned with health aid for people in Bolivia and Guatemala.

The Bishop of Trier, Stephan Ackermann, said in his sermon that helping people in need is not just a question of mercy and solidarity, but a question of justice within the world community. Together with project partners, the Latin America aid organization is involved in educational projects, human rights work and health care to combat hunger and poverty. The local partners train health workers, for example. Church hospitals and health facilities are open to poor people. As part of the Christmas campaign, the aid organization presents its projects and collects donations.

health as a human right

The “Adveniat” general manager Father Martin Maier emphasized that health is a human right, a global development goal of the United Nations and also central to the gospel. Russia’s war of aggression in Ukraine is currently exacerbating the dramatic humanitarian situation in Latin America. Bishop Eugenio Coter from the Bolivian Amazon region and doctor Rosmery Gros, who works in a Bolivian hospital for the poor, also attended the service.

Traditionally, the two large church aid organizations start their Christmas campaigns on the first Sunday of Advent. In the Protestant and Catholic churches, the Christmas collections are intended for the respective fundraising campaigns.

Traditionally, donations are collected at Christmas services. There is also the option of supporting the work of the relief organizations online.