Chess: World Champion Carlsen expresses himself for the first time after scandal 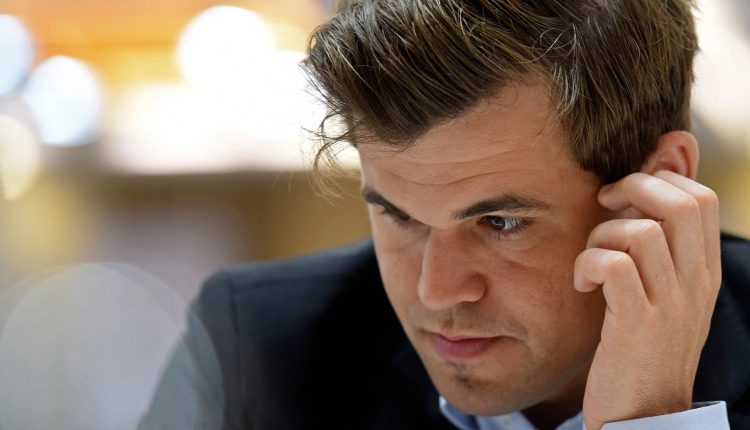 Chess world champion Magnus Carlsen has spoken for the first time since the dispute with the US teenager Hans Niemann, but again avoided concrete allegations of fraud.

In an interview with the organizer portal “chess24”, Carlsen answered the question why he played the game against the 19-year-old American on Monday evening in the online tournament “Julius Baer Generation Cup” gave up after just one move: “Unfortunately, I can’t comment on that, but people can draw their own conclusions and they did.”

On the chess scene, Carlsen’s abrupt exit came at the Sinquefield Cup presence tournament in St. Louis interpreted after an unexpected defeat against Niemann as an accusation of cheating against the talented US teenager. The speculation was fueled by the American grandmaster Hikaru Nakamura, among otherswhich reaches an audience of millions with its online streams.

Evidence of Niemann’s cheating at the in-person tournament in St. Louis but are not available. Experts also analyzed that Carlsen’s defeat against Niemann could have been avoided if the 31-year-old had simply played better moves.

The Norwegian, who has been world chess champion since 2013, has recently had to struggle with motivational problems. Since he does not see any sporting challenge in defending his world title again, 2023 the Russian Ian Nepomniachtchi and Chinese Ding Liren tie for the title.

Carlsen has also received criticism from the chess scene for his recent behavior. The British chess champion Jovanka Houska speaks of one “Witch hunt” against a teenager who was poised. Carlsen’s national team colleague Jon Ludvig Hammer even called for sanctions against his compatriot on Norwegian TV: “Losing on purpose is absolutely unacceptable behavior. It’s the most unsportsmanlike thing you can do in competitive sports.”

Niemann would even play chess naked

In an emotional interview, Hans Niemann recently admitted to having cheated in online games on two occasions as a young teenager, but never in person at the board. “If you want me to strip completely naked, I will do it,” said Niemann, who said: “I know I’m clean.” The fact that a website actually offered Niemann a million dollars to play chess naked shows that the biggest chess scandal of the last 15 years is becoming more and more bizarre.

It is unclear whether the talented US professional only cheated twice in online games. As part of the “Sinquefield Cup” allegations, the world’s largest chess platform, Chess.com, suspended his account due to evidence that would suggest more frequent cheating. The operators of the platform have not gone into more detail to date.

Carlsen only said of Niemann on Wednesday: “I have to say that I am very impressed by Niemann’s game and I think his mentor Maxim Dlugy must have done a great job.” When asked why he mentioned the Moscow-born US grandmaster in this context, Carlsen declined to comment. Allegations of fraud in online chess games were also made against the 56-year-old years ago. It is unclear to what extent Dlugy really takes on an active mentoring role for Niemann.

Carlsen could soon be more specific

“I hope to say a little more after the tournament,” announced Carlsen. Legal reasons probably also play a role as to why the Norwegian is not going any further at the moment.

Commenting on cheating as a general problem in chess, he said: “I think that each individual will answer the question differently based on their own experience.” “It’s easy to cheat, and in general I don’t think cheaters should be taken lightly in the future, either online or on the board.”

Spasski versus Fischer – the chess game of the century