Census: How the fundamental right to privacy came about 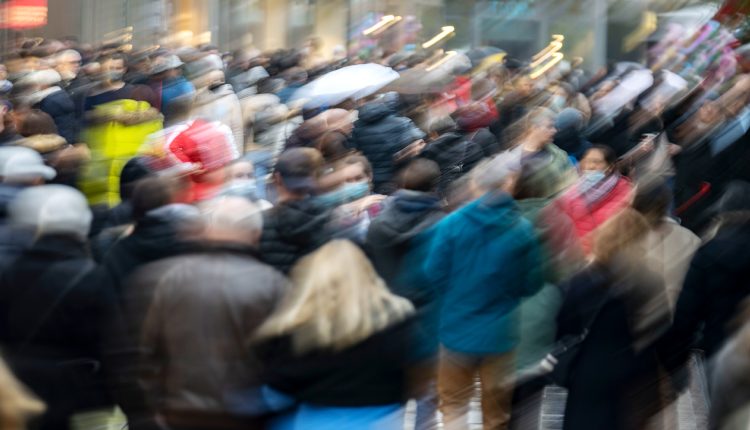 For the first time in eleven years there will be a census in Germany from Monday. In 1983 it was completely different – there were massive protests against the planned census. And a groundbreaking verdict.

Millions of questionnaires were freshly printed. Commercials for the “1983 Census” ran on television. All citizens should be surveyed and recorded. But two weeks earlier, on April 13, Karlsruhe intervened. The Federal Constitutional Court temporarily stopped the mega-project with a “temporary order”. Until the legal concerns have been carefully examined, the census should not take place.

Gunther von Mirbach, 28, a law student in Göttingen, was also sitting in the Karlsruhe courtroom at the time. He had lodged a constitutional complaint himself, simply spontaneously putting his textbook knowledge into practice. “It was an uplifting feeling to sit there in Karlsruhe right in front of the ‘Red Robes’,” he recalls in an interview with the ARD legal department. He has been working as a lawyer near Lüneburg for a long time.

“What happens with my data?”

At that time, he was not part of the big boycott movement that took to the streets nationwide and completely rejected the census, says von Mirbach. “It was clear to me that the state should in principle be able to carry out such a count. But what really bothered me was that I couldn’t foresee what would happen to my data.” The citizens had been told that it was all about statistics. The fact that the data should not remain anonymous had fallen under the table. For example, a comparison with the population register was planned; a check to see whether the information given there was correct. Pure statistics and administrative action should be mixed up. The fear of the “transparent citizen” went around.

The bang then followed on December 15, 1983. At that point, court president Ernst Benda announced the final Karlsruhe verdict at 10:00 am sharp. The Census Act is partially unconstitutional. The count cannot take place as planned. A judgment that made legal history. Because the court stated for the first time: Citizens have a “right to informational self-determination”. A somewhat awkward formulation. What is meant is nothing less than a fundamental right to data protection. According to the Federal Constitutional Court, this is incompatible with a legal and social order in which citizens can no longer know who knows what about them, when and on what occasion.

It goes on, quite monumentally:

Anyone who is unsure whether deviating behavior will be noted at any time and permanently stored, used or passed on as information will try not to attract attention through such behavior. (…) From this follows: Under the modern conditions of data processing, the free development of personality requires the protection of the individual against unlimited collection, storage, use and disclosure of his personal data. (…) In this respect, the fundamental right guarantees the power of the individual to determine the disclosure and use of his or her personal data.

Not expressly regulated in the Basic Law

For the mothers and fathers of the Basic Law in the years 1948/49, questions of modern data processing were still far away. Naturally, the term “data protection” did not appear in the Basic Law, and it has not expressly done so to this day. But the “Red Robes” in Karlsruhe were creative. In 1983, they derived the fundamental right to data protection from the fundamental rights of human dignity and personal rights in Articles 1 and 2 of the Basic Law. The result: the legislature had to improve the census law, above all to set clear limits on the use of the data. The census took place in 1987.

The basis for data protection judgments to this day

The census judgment of 1983 has become the basis for countless judgments on a central question in the rule of law: How much surveillance is the state allowed? At least not as much as in George Orwell’s novel “1984”, in which the author painted the scenario of a totalitarian surveillance state on the wall.

The common thread in the Karlsruhe judgments since 1983 is a kind of “Yes, but”, for example in the case of large-scale eavesdropping, data retention or automatic license plate recognition. Yes, the state can collect data, but it must comply with legal limits. A controversial topic in the field of tension between freedom and security, between law and politics. With always new questions. In the ruling on the online search in 2008, for example, Karlsruhe emphasized the protection of the home hard drive and derived a kind of basic computer right from the Basic Law.

The EU now prescribes a census

There were censuses in the Federal Republic as early as 1950, 1956, 1961 and 1970. In the former GDR the last time was in 1981. The 2011 census was then the first all-German census. The EU now stipulates that the member states must carry out a census every ten years. Important: The procedure has changed in the meantime. While the 1987 census was a full census, i.e. all citizens were questioned, the 2011 census and the current one are largely based on the data from the population register. In addition, around ten million people are surveyed directly.

Further verdict on the 2011 census

The 2011 census also landed in Karlsruhe again. However, not in advance through complaints from individual citizens. The federal states of Hamburg and Berlin then criticized the result. Put simply, the method is too error-prone. In any case, according to the census, the population of Berlin was corrected downwards by around 180,000 people to around 3.3 million. The state of Berlin lost around 470 million euros annually from the state financial equalization. Many municipalities had losses in municipal financial equalization. In 2018, however, Karlsruhe approved the census procedure on a whopping 357 pages.

Legally, this paved the way for the current count. In any case, Gunther von Mirbach, the complainant from 1983, assures: If he is now informed that he is to be questioned – he will invite the questioners in in a friendly manner.