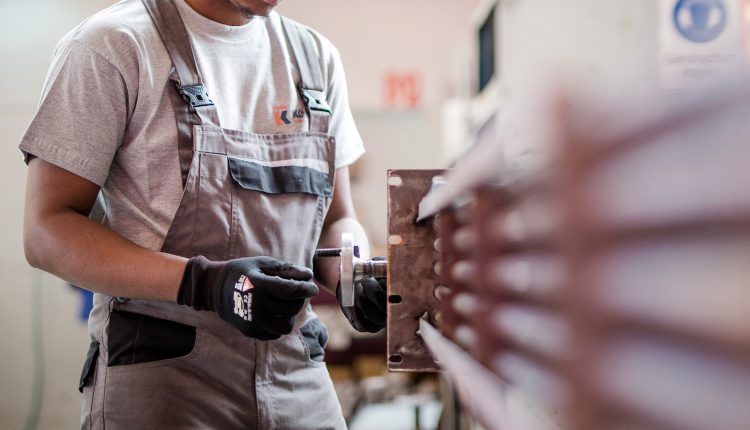 Immigrants are already alleviating the shortage of skilled workers. But the bottlenecks on the labor market are increasing. Recruitment from abroad should help. One problem: the waiting time for visas.

Ismael Fernandes would have been deported to Guinea long ago – without his apprenticeship. But now he is no longer a refugee, but a recognized skilled worker. The company ONI from Lindlar gave him and nine other refugees a job. “We signed employment contracts immediately because that was the only way to protect the men from deportation,” says company founder Wolfgang Oehm. His company develops cooling systems for industry and creates energy-saving system solutions. You are looking for fitters, mechatronics technicians or technicians in customer service.

The company hired extra teachers for the ten refugees because the measures of the Integration Act alone were not enough: they learn math and German in the middle of the company with specialist vocabulary that no regular language course teaches. They see immigration here as a solution to the shortage of skilled workers, but also as a responsibility towards people who are not doing so well in their home country.

The shortage of skilled workers on the labor market has continued to increase in recent years. Dirk Werner from the German Economic Institute (IW) has been researching the topic for years. “Permanent and sustainable immigration can have a major effect on securing skilled workers,” says Werner. “Most people immigrate between the ages of 18 and 35.” Immigration is already making a significant contribution to reducing the shortage of skilled workers in Germany. In 2020, for example, more than 12,000 people from outside the EU were employed in geriatric care, over 26,000 in health and nursing care, more than 9000 as medical assistants and a good 1400 as physiotherapists.

But in order to get the shortage under control in the long term, it would take significantly more effort when recruiting, say the labor market researchers from the IW. And that’s not always easy. “In some countries, the obstacle is the long waiting time for visas, which makes labor market-oriented immigration to Germany very difficult,” says Werner. “From the point of view of those interested in immigrating, other countries have the advantage that immigration grants permanent residence, which in Germany can take up to eight years because of the recognition.”

Birgit Naujoks is similarly critical of the system in Germany. She is the managing director of the Refugee Council of North Rhine-Westphalia. “The recognition procedures for determining the equivalence of qualifications and professional skills are time-consuming and costly,” says Naujoks. “People often need additional qualifications here, which is difficult to implement.” The procedures for issuing a visa also sometimes took a very long time, despite the possibility of an accelerated procedure. Sometimes employers can then no longer keep their job promises.

Personnel from abroad would be relevant for Germany. According to the IW, three trades are among the ten occupations with the greatest gaps in skilled workers: structural electronics, sanitary, heating and air-conditioning technology, and automotive engineering.

According to the Institute for Labor Market and Occupational Research, Germany would need 400,000 to 500,000 people to immigrate to compensate for demographic change – and not just once, but every year. It is time for politicians and companies to act, says IW expert Werner. “German migration policy must focus more on the Western Balkans, Albania, Bosnia and Herzegovina, Kosovo and non-European third countries with high birth rates and many young people,” said the economic researcher. “Talks are currently being held with focus countries in Latin America, Brazil, Mexico, Colombia, Morocco in North Africa, Tunisia, Egypt, India and in Southeast Asia, Indonesia, the Philippines and Vietnam. These countries offer great potential for professionally or academically qualified specialists for immigration and are open to targeted recruitment from Germany.”

But the shortage of skilled workers is by no means a purely German problem; the other EU countries also need skilled workers from abroad to cover national needs. Many immigrants leave Germany quickly – because of the bureaucracy, lack of opportunities for advancement or the problems of having qualifications recognised.

According to the Institute of German Economics, easier immigration of skilled workers could help and relieve immigrants of bureaucracy. “Currently, a hurdle for skilled workers with vocational training is that professional recognition is a prerequisite for immigration,” says expert Werner. However, discussions are currently underway about catching up on the recognition after immigration in a “recognition partnership” with the hiring company.

In Lindlar at the ONI company, they know about the extra work involved. Employees were used as cultural ambassadors in order to rule out tensions between the different cultures from the outset. According to the company, the training area has been tripled internally, and an additional trainer has been hired. Teachers only take care of support in math and physics, and sponsorships with German-speaking trainees have also been set up. In the end, it was worth it for everyone: The intensive support helped ensure that not only the vocational training was successful, but also the integration in the professional and private environment.