Britain and the EU: The Brexit debate is back 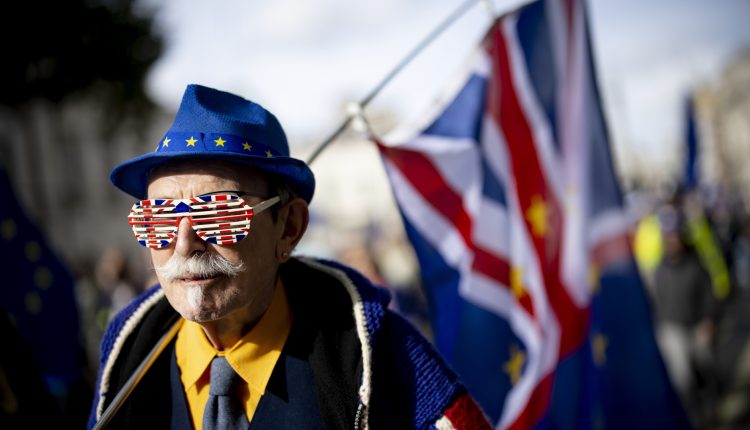 The staunch Brexit supporters are getting restless: does the new Sunak government want to move closer to the EU? The prime minister denies it – but new numbers fuel the debate.

It’s a feeling like “Back to the Future”: Brexit is back on the front pages of British newspapers. The “Daily Mail” wrote on Monday “Don’t cheat us on Brexit” and warned the government against concluding closer agreements for more intensive trade with the European Union.

The Financial Times reported yesterday that many Tories feared Treasury Secretary Jeremy Hunt could be moving towards the EU. The question of how EU-UK relations should be shaped is still ideologically charged.

Last weekend, the “Sunday Times” reported that Prime Minister Rishi Sunak wanted to achieve rapprochement with the EU based on the Swiss model because of the severe economic crisis.

Sunak denied this and said in a speech to representatives of the British Confederation of Industry: “Under my leadership, the UK will not develop a relationship with the European Union where we have to adopt EU laws. I voted for Brexit, I believe in Brexit. ”

They continue to demonstrate: Opponents of Brexit take to the streets in London for re-entry into the EU.

The debate surrounding relations with the European Union has been fueled by a number of figures. Inflation is currently at 11.1 percent. In 2023, the UK economy will shrink by 1.4 percent, according to forecasts by the Independent Economic Forecasting Authority, OBR.

Many government politicians who are in favor of Brexit argue that this has to do mainly with the war in Ukraine. But the OBR experts have also calculated that trade in the next few years will be 15 percent lower than if the UK had stayed in the EU.

One argument put forward by Brexit advocates was that individual agreements could stimulate trade. But that doesn’t seem to be working properly. So far there have only been three agreements with the EU, Australia and New Zealand.

Former Trade Secretary George Eustice questioned the impact of the deal with Australia last week in the House of Commons: “To sum up, I have to say that the UK has given too much and got too little in return.”

Brexit is seen as a mistake

In view of this development, many Britons are now wondering what part Brexit has in the difficult economic situation. After all, the campaign to leave the EU promised that food prices would fall, more money would be available for the NHS health service, and that the economy could act more innovatively.

But skepticism appears to be growing. A recent YouGov poll concludes that 56 percent of Brits think Brexit was a mistake. A fifth of those who voted to leave say they were wrong.

The British industry association sees another problem: the shortage of skilled workers. Business representatives are calling for easing of immigration. Prime Minister Sunak announced an immigration law that is attractive to the brightest minds.

Sunak wants to reduce the immigration of refugees across the English Channel. Fewer refugees – that was a core promise of the Brexit supporters. In a European comparison, only a few refugees come to England.

Labor leader Keir Starmer also did not argue against the government’s asylum policy in front of representatives of British industry on Tuesday. He calls for more investment in education and training: “The time when cheap labor was part of our growth strategy must end.” Growth can only be achieved with skilled workers, he said.

The opposition politician avoided the word Brexit. The debate about the exit and the pragmatic handling of the consequences is still being held with restraint. The parties consider it difficult to convince voters with this issue.

School demolition in the West Bank: The bulldozers came at school time

BR24live, 12 p.m .: Masks are no longer compulsory on buses and trains

Stocks making the biggest moves in the…

War in Ukraine, live: after the cap on…