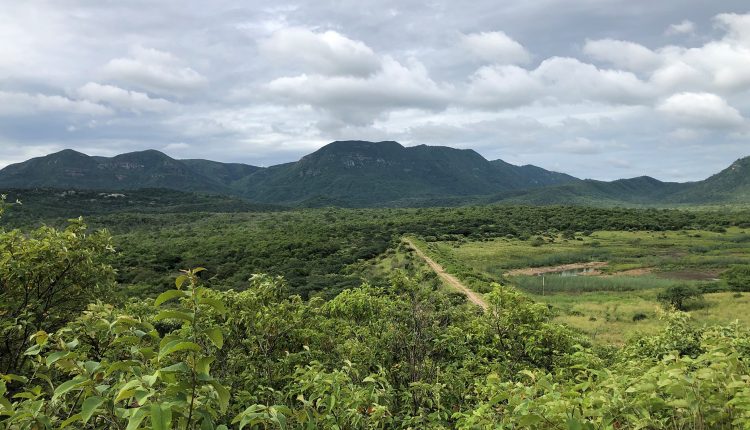 In the course of the Ukraine war, Brazil’s government approved the massive mining of uranium. What is of strategic importance for President Bolsonaro threatens the existence of small family farmers.

When Joselene Sena and Antonio da Silva look towards the steep green mountains that rise behind their hometown of Lagoa do Mato, their hearts sink. Because soon a gigantic uranium mine is to be built there. Brazil’s environmental agency gave the green light for this a few weeks ago.

“Everyone in this region will suffer if there is a leak or an accident at this uranium mine,” fears Joselene. “Because then our water sources are radioactively contaminated.”

Occurrence discovered in the 1970s

Antonio has been a small farmer for as long as he can remember. Joselene is the leader of the local cooperative of more than 200 family farms that have been producing fruit juices for generations: pineapple, banana, guava and caja.

Under Joselene’s leadership, the cooperative has grown in recent years. They now supply the local city council and schools with their juice concentrates made from fruits that they grow organically in the picturesque region. The annual turnover has recently increased to 380,000 euros.

Your successful project is now in danger, Joselene believes. The largest uranium deposits in Brazil lie dormant within sight of Antonio’s organic plantations and the headquarters of Joselene’s cooperative. They were discovered back in the 1970s. Since then, the state-owned company Indústrias Nucleares do Brasil, INB for short, has submitted several applications to mine the Santa Quiteria mine project’s uranium in the form of “Yellow Cake”.

Resistances because of the high water consumption

But each time the project failed due to concerns from the Brazilian environmental agency Ibama. In addition to concerns about environmental pollution, the main reason was the expected high water consumption during uranium mining. Because the entire region in the state of Ceará is already suffering from months of drought.

Most of the year there is no rainfall at all and the ground is bone dry. Then many farmers are dependent on water deliveries by truck. This is probably one of the reasons why Brazil’s environmental control authority has not given the green light for the Santa Quiteria uranium mine project for decades.

That only changed in March of this year. Shortly after the start of the Ukraine war, Brazil launched a special plan to facilitate the exploitation of fertilizers that had become scarce worldwide.

Because phosphate is to be extracted in addition to uranium at Santa Quiteria, the state-owned INB group has now been given the green light. The goal is – in addition to phosphate – the mining of 2500 tons of uranium per year. It would be by far the largest uranium mine in Brazil, scheduled to start operations in two years.

For Ricardo Neves from the fertilizer company Galvani, who is involved in the project, greater independence and self-sufficiency in Brazil for fertilizers plays an important role. “50 percent of the harvest in Brazil’s agricultural areas is only possible because we use fertilizers. Unfortunately, we recently imported more than four-fifths of them.”

Santa Quiteria now stands for the about-face that Brazil is currently making in order to replace the smaller fertilizer imports from Eastern Europe in the medium term. The fact that a huge mine is to be built in their area of ​​all places fuels fears among Antonio and Joselene. In addition to worrying about water shortages, they are primarily afraid of radioactive dust and contaminated groundwater. Because the most important rivers in the region have their source in the mountains under which the uranium is located.

In the area around Lagoa do Mato in the state of Ceará, many farmers make a living from organic farming.

Specifically, Joselene fears an increase in the cancer rate in her town. “We know that at the much smaller uranium mine in the town of Caetité in the state of Bahia, the groundwater limit values ​​were exceeded and the health authorities found an increased cancer rate among the population.”

Indeed, there have been numerous reports of irregularities in uranium mining at Caetité. The operator there is also the INB Group. This points to the ARD Studio Rio de Janeiro pointed out that its operations in Bahia are operating properly and in accordance with the standards of the national nuclear authority.

There is no need to worry about an increased cancer rate anywhere, explains INB Director for Natural Resources, Rogerio Carvalho. “At the Santa Quiteria uranium mine, we will monitor everything: the health of the employees, the river water, the soil and the fish stocks.”

José Carlos Araújo has his doubts about that. The professor at the University of Ceará considers the risks involved in uranium mining to be immense. Not only is significantly more water consumed than the dry region can tolerate. Accidents during operation of the mine are also likely. “We are already familiar with such incidents in Brazil because strict controls are often not carried out in mines.”

Joselene Sena wants to try to somehow prevent the mining project – even though she knows that it will be pretty hopeless. “The mayor, the regional governor and the Bolsonaro government – they all support uranium mining.”

That is why Joselene is worried about the future of the smallholders and their cooperative. “For the operators and the customers, this mine will be lucrative. For us, on the other hand, it means waste and pollution.” They don’t know how much longer they can continue growing organic fruit.