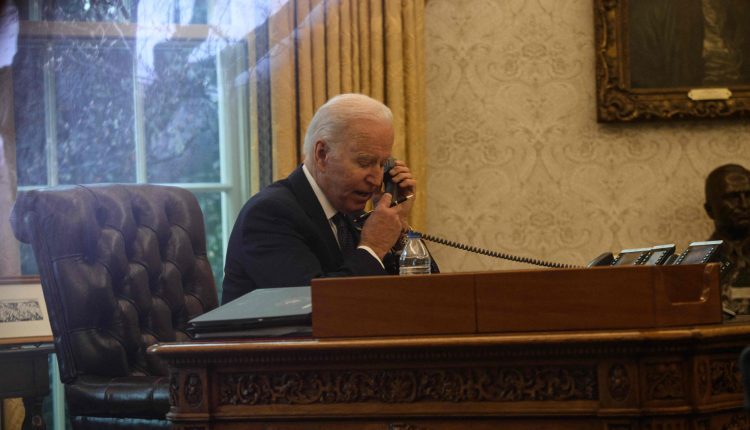 US President Biden pledged support for Ukraine in the conflict with Russia in a telephone call with his counterpart Zelenskyy. Meanwhile, the United States requested a session of the UN Security Council on the Ukraine conflict.

In view of the Russian troop buildup near the Ukrainian border, US President Joe Biden has again pledged US support to his colleague in Kiev, Volodymyr Zelensky. The United States is committed to the sovereignty and territorial integrity of Ukraine, Biden said after a White House statement.

The US government is also examining additional financial aid for Kiev because of the Russian pressure, Biden said in a conversation with Zelenskyj. Biden said the US and its allies were ready to respond decisively if Russia attacked Ukraine.

Biden also emphasized his support for the Normandy format talks. He hopes that this will help ease the situation. Zelenskyy tweeted that he had spoken to Biden about recent diplomatic efforts to de-escalate the situation. Ukraine thanks the US for its military aid. In addition, “possibilities for financial aid for Ukraine” were also discussed, Zelenskyj continued. The Ukrainian President and the White House initially gave no details about the possible additional financial aid.

The United States wants the UN Security Council to deal with the current Ukraine crisis for the first time. The US on Thursday requested a meeting of the most powerful UN body for Monday. Washington has called on the panel to address the crisis in a public session because of Russia’s “clear threat to international peace and security,” said US Ambassador to the United Nations Linda Thomas-Greenfield.

Russia has deployed more than 100,000 troops on the Ukrainian border and is pursuing “further destabilizing actions against the country,” she said. This poses a clear threat. The US and its western allies fear a Russian invasion of Ukraine. They demand a withdrawal of the Russian soldiers to the rear.

The Security Council is less likely to find solutions to the conflict. Also there will be no text. Rather, the US could use the international stage as a means of exerting pressure on Moscow. It will be interesting to see how Moscow’s allies, such as China, behave in the debate. Just one day later, Russia will take over the rotating chairmanship of the most powerful UN body for a period of one month.