Bangladesh and India: At least 57 dead after floods 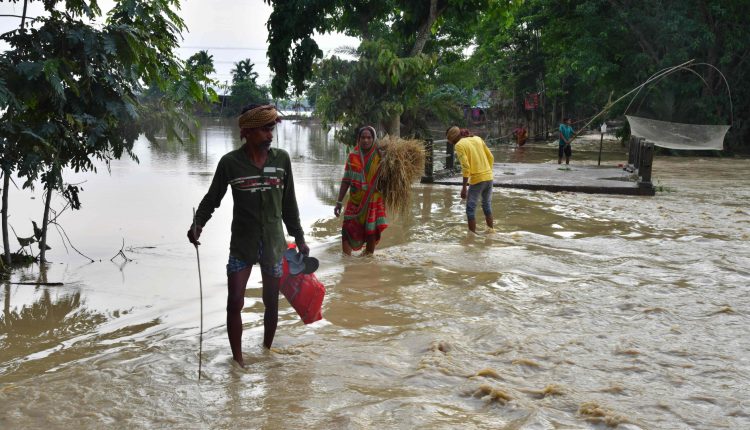 At least 57 people have died in floods in Bangladesh and India. The sustained heavy rain destroyed hundreds of places and cut off millions of people from the outside world.

After heavy rain and flooding, millions of people in parts of Bangladesh and India have been cut off from the outside world. At least 57 people died from the water masses, according to the authorities in both countries.

In the north-east of Bangladesh alone, two million people are isolated as a result of the worst flooding in almost 20 years.

In Bangladesh’s Zakiganj district, more than 100 towns were flooded after the Barak River, which flows from northeastern India, breached a seawall, according to the Sylhet region chief. According to him, at least ten people died during the week.

According to the local civil protection authorities, at least 47 people died in India as a result of storms, floods and landslides – 14 of them alone in the state of Assam, which borders Bangladesh. At least 33 people died in the Indian state of Bihar due to storms, authorities said.

The heavy rain, which was unusual for the time of year, damaged hundreds of hectares of crops and thousands of fruit trees. Bihar had also suffered from a heat wave this week with temperatures reaching 40 degrees.

Flooding is common in much of Bangladesh and adjacent regions of India. Experts predict that global climate change will increase the likelihood of severe weather events.