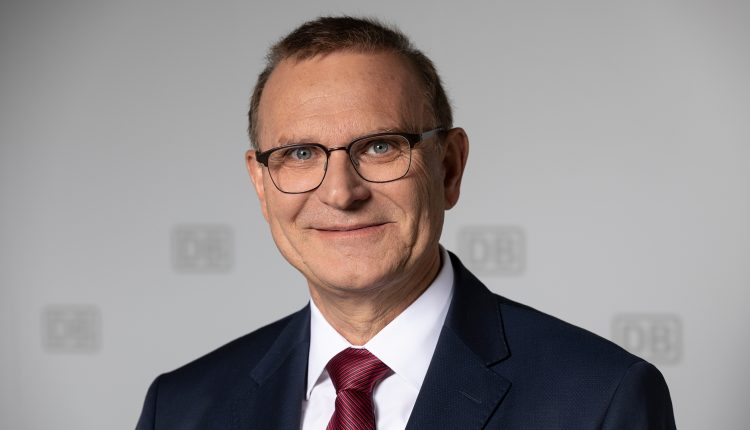 The head of the supervisory board of Deutsche Bahn, Michael Odenwald, stops prematurely. He announced this after the decision to restructure the Deutsche Bahn board of directors – and statements by the Minister of Transport on the renovation backlog in the group.

The Deutsche Bahn surprisingly loses its previous chief controller. Chairman of the Supervisory Board Michael Odenwald today announced his resignation as of July 1st. If no successor is found before Odenwald leaves, his previous deputy, the head of the railway and transport union (EVG), Klaus-Dieter Hommel, will initially take over as chairman of the supervisory board.

The 64-year-old lawyer has headed the supervisory body since April 2018 and was appointed until March 2025. He has been a member of the Supervisory Board since 2012. “After ten years of work on the supervisory board, it’s time for a change,” said Odenwald after today’s supervisory board meeting, without giving any further reasons for his departure.

Trouble about a press conference?

According to a report by “Spiegel”, Odenwald is said to have been upset because of a press conference by Bahn boss Richard Lutz and Transport Minister Volker Wissing. Yesterday, Lutz and Wissing presented a new concept for fundamentally renovating the ailing railway network between 2024 and 2030.

Wissing had criticized that the infrastructure had been “neglected for years and had been pushed to its absolute limit due to underfunding and political failures”. The FDP minister announced that he would monitor the railways more closely and assert the interests of the federal government as the railway owner against the supervisory board – although the federal government is represented there itself.

The DB Group had previously announced a reorganization of the Bahn Board of Directors. Two new members are joining the board: 49-year-old Evelyn Palla and 51-year-old Michael Peterson. Palla is the third woman on Deutsche Bahn’s eight-strong management board. A reorganization of the top management had become necessary after the premature departure of infrastructure director Ronald Pofalla. The former CDU politician now works for a real estate company.

Huber takes over the infrastructure department

From July 1st, Pofalla will be succeeded by Berthold Huber, the former board member for passenger transport. “Mr. Huber has been working for Deutsche Bahn for over 20 years,” said Supervisory Board Chairman Odenwald. Among others, the railway and transport union (EVG) had spoken out in favor of Huber as the new head of infrastructure.

As a board member for infrastructure, the 58-year-old now has to tackle the most urgent task in the railway company: the renovation of the dilapidated route network. From 2024 onwards, the most important corridors are to be overhauled, two to three of these sections every year. However, many questions are still open.

Deutsche Bahn is increasingly suffering from the consequences of its overloaded network with broken switches, outdated signal boxes and many construction sites. Because of the problems, the delays are increasing.

Among other things, Palla has to clarify how the nine-euro ticket will continue. The ticket, which is still available until September, has caused a rush to regional trains. Over 16 million tickets have been sold.