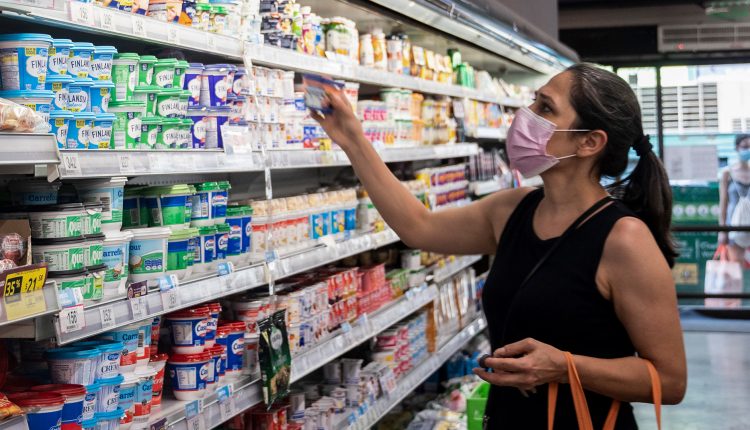 Enormous inflation, currency collapse, high national debt – Argentina is in one of the worst economic crises in years. Will a new “super minister” get the problems under control?

But that was a long way back, sighs greengrocer Marina Alfonzo. The money is no longer enough: “In the end, everything always costs more than you calculated. Oil, milk, eggs – what three weeks ago cost 100 pesos now costs 600.” In some cases, the food has become more expensive by 500 percent.

The retailers themselves feel this too: Gustavo Nigro, who runs a delicatessen in the third generation, can offer his few customers less and less. He sells imported goods such as pickles, Dijon mustard or Alpine milk chocolate – and there are no supplies: “My problem is not just the rising prices. There are no more goods,” complains Nigro.

Because the imported goods are based on the exchange rate against the dollar: “It fluctuates so much that everyone is unsettled and the supply chain no longer works. At the same time, I have debts to pay myself.” The dealer can still keep his shop open. But that’s getting more and more complicated.

“On the edge of the social abyss”

It’s always complicated in Argentina. But a particularly grim storm is brewing: the national currency, the peso, is depreciating, the exchange rate of the black market dollar has doubled in just a few months, the mountain of debt is growing, and the hole in the state budget is getting bigger and bigger.

But instead of making savings, the printing press rotates. Inflation could reach 70 or even 100 percent by the end of the year. Federico Zapata, economist from the think tank Escenario, considers the development to be dramatic: “Argentina is really on the brink of an economic and social abyss. The economic crisis is still being driven by a serious political crisis.”

Because there is a lot of crunching in the governing coalition. At the beginning of July, the respected Minister of Economic Affairs Martin Guzman threw in the towel, and his successor was deposed during her inaugural visit to the International Monetary Fund in Washington. The South American country is in debt with 44 billion US dollars.

Now Sergio Massa, former President of the House of Representatives, should judge. As super minister, the non-economist will unite the ministries of economy, production and agriculture in the future. President Alberto Fernandez’s attempt to keep the bitterly divided coalition from collapsing – and somehow remain capable of governing: “I would like to say to every Argentine: Be calm. Just as we have always overcome all problems, we will also overcome this one . Whoever wants to break me will not make it because I know I can count on the support of each and every one of you.”

Responsible for several ministries in the future: Sergio Massa.

However, President Fernandez should not even believe that himself. The pressure mounts, even from former allies. The country’s largest trade union is calling for new collective bargaining, social movements want a universal basic income.

Massive protests have been announced for Sunday. Labor leader and social activist Juan Grabois formulates the demands: “That we at least don’t have to live below the extreme poverty line in a rich country. We are willing to leave our blood on the streets so that something is done against hunger.”

More than 40 percent of the 47 million Argentines are now classified as structurally poor. So far, social welfare programs have prevented the explosive situation from escalating like in Colombia or Ecuador, but their purchasing power is also falling. Now Superminister Massa is supposed to stabilize the situation in dialogue with the powerful agricultural sector and industry. It would already be a success if the government held out until the end of its term in 2023.

Argentina: With a new super minister against the economic crisis?