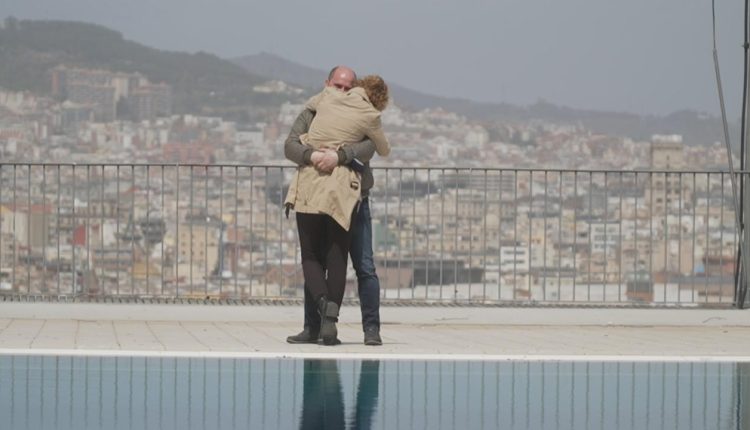 Ex-water jumper Jan Hempel speaks for the first time about the fact that he was abused by his coach for many years. His case reveals a culture of silence in the German Swimming Association that still exists today.

It took him many years to take this step. The former world-class water jumper Jan Hempel made an accusation of elusive consequences public for the first time on ARD: his former trainer Werner Langer abused him severely for 14 years. “It started with touching, once a month, until it became sexual acts on a daily basis”, he says. Jan Hempel was eleven years old when Langer is said to have become violent for the first time.

The 1996 Olympic silver medalist, Vice World Champion and multiple European Champion tells about these fateful years in the ARD documentary “Abused – Sexualized Violence in German Swimming”. He hopes to contribute to a rethink in the German Swimming Association (DSV). Because in the DSV there is a culture of silence on this topic – that is the result of months of Germany-wide ARD research.

The documentation shows that there have been numerous attacks on athletes in swimming from the 1980s to the present day. Those affected raise the accusation that sporting success is paramount and that there is a widespread lack of willingness to provide information.

Jan Hempel: “Everyone was silent!”

According to him, one of the worst attacks on Jan Hempel happened at the 1992 Olympic Games in Barcelona. Langer raped Hempel in a toilet immediately before the competition, according to Hempel.

He says today: Everyone who later found out about the abuse remained silent about it and showed no interest in coming to terms with it. Several witnesses and companions of Hempel support this statement. The ARD learned from the environment at the time that they allegedly wanted to protect Hempel in this way and therefore did not make the facts public.

In his own words, Jan Hempel confided in the then national coach Ursula Klinger in 1997 and told her about the abuse by Werner Langer. She then took steps that led to a split from the coach. “He was then reasoned Stasi past dismissed, so I was told”, remembers Hempel. Werner Langer, a successful trainer before and after reunification, was able to work as a trainer for the Austrian Swimming Association. It is not known whether further sexual assaults occurred there or elsewhere. Langer can no longer comment on the allegations. He took his own life in 2001.

Today, Hempel raises serious allegations against the German Swimming Association. “I had to feel it firsthand for many years that only sporting success is important to DSV. It’s just going over dead bodies and if you don’t go along with it, you’re thrown out.”says Jan Hempel.

Another eyewitness confirms: Ursula Klinger informed Lutz Buschkow, the former competitive sports director of the German Swimming Association, about Hempel’s allegations, along with other DSV trainers. Buschkow still works as a national diving coach for the DSV. Specifically, Hempel accuses the long-standing DSV top official Buschkow of having contributed to the fact that his case of abuse was never processed.

Buschkow did not respond to an ARD request for a statement. The current DSV leadership states that they only learned about Hempel’s allegations from ARD.

Even in the recent past, as the ARD research shows, there have been repeated incidents of sexualized violence in German swimming. The federal base in Würzburg and the local open water trainer Stefan Lurz are particularly in focus. More than ten years ago he reached an out-of-court agreement with a swimmer whom he is said to have sexually assaulted. Nevertheless, he was further promoted in the DSV and became national coach.

In 2021, after research by the news magazine, he had to The mirrorwhich revealed further attacks on swimmers, step back. In February of this year he was convicted of two counts of sexually abusing a ward. He received a six-month suspended prison sentence. The district court instructs him “to refrain from any professional or voluntary activity related to swimming”.

New findings in the Lurz case

Recordings sent to ARD now show that Stefan Lurz is still working in the Würzburg 05 swimming club. There is hardly any criticism in the club. The pictures show Lurz active on the grounds of the swimming club, including in the business premises. According to internal documents, he now holds a position there as a commercial clerk. President of the association is the former world-class swimmer Thomas Lurz, brother of Stefan Lurz.

The former competitive sports director of the German Swimming Association, Thomas Kurschilgen, who is at odds with his former employer in the Würzburg case, says the ARD: “Who can safely lead young athletes to this federal base when they see these pictures? I’m really speechless.”

The association did not want to comment on the Lurz case when asked by ARD.

Problems at the Olympics too

No consistent action for a long time – the DSV also has to put up with this accusation in incidents that occurred at the Olympic Games in Tokyo 2021. According to internal association documents, a member of the DSV delegation verbally abused two women employed by the DSV. They then informed the association and its board of directors. In her opinion, nothing has happened since then, although the DSV prevention officer had repeatedly requested this within the association.

When asked by ARD, the DSV explained that the Tokyo case was only there “possibly” a violation of good governance guidelines. The man, it is said, is currently not being used for DSV measures. According to ARD information, he has only recently been active again in swimming with the knowledge of the DSV. The case is now with the ethics committee of the German Olympic Sports Confederation (DOSB).

A high-ranking representative of the German Swimming Federation, who wants to remain anonymous, is not surprised by his employer’s behavior. He has intensive insight into what is happening at the top of the association. In an interview with ARD he says: “Dealing with the problem – that’s all just window dressing and a facade. The prevention officer is just a fig leaf to the outside world.” He accuses the association of silencing sexual assault.

The DSV reports on this accusation: The incumbent board “Insures that any reports in the field of sexualised violence have been received since he took office and with great commitment […] were processed in accordance with the prevention concept.“

Jan Hempel felt let down for years. He has now also decided to speak on behalf of other people affected. “You owe it to others for the future to talk about it”, says Hempel. He also fights against forgetting. He recently found out that he suffers from Alzheimer’s.