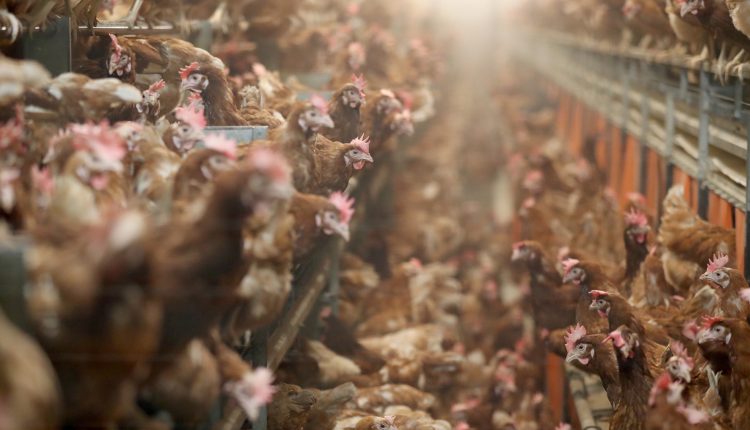 More than 50 farmers who were caught because of cruelty to animals continued to receive agricultural subsidies from the EU in the years that followed. This is shown by research by NDR, WDR and SZ.

Pigs with bloody ears, dying animals without food or water, faeces on the ground and flies everywhere: video footage from animal rights activists often shows dramatic images. New research now shows that farmers responsible for animal cruelty can usually continue to receive large sums of agricultural subsidies – even if they have previously been convicted for violating the Animal Welfare Act.

The animal welfare organizations SOKO Tierschutz, Tierretter eV, Deutsches Tierschutzbüro, ARIWA and PETA have uncovered well over 100 cases of animal cruelty in Germany in recent years. All of these cases resembled reporters from NDR, WDR and “Süddeutsche Zeitung” are now starting a new subsidy database that the non-governmental organizations FragDenStaat and Arena for Journalism in Europe have built up over the past few years.

Subsidies in the millions

The result: more than 50 farmers and companies who have attracted public attention for cruelty to animals in recent years continued to receive agricultural subsidies from the European Union in the years that followed, sometimes amounting to millions. Even if – as with many of them – courts or authorities had punished the violations.

In international comparison, the European Union sets relatively high standards for agriculture. The farm subsidies are intended to compensate for the additional costs of these high standards. At the same time, the farmers undertake to comply with certain requirements, such as environmental protection or animal welfare. One percent of all applicants must be checked every year. The local veterinary offices, for example, are responsible for the control. They then determine the amount of possible penalties. Violations can be punished with subsidy cuts.

In the case of “first violations committed through negligence,” according to the Federal Ministry of Food and Agriculture, as a rule only three to five percent of the subsidies are reduced. All subsidies for the year can only be canceled if intent is proven. Subsidies can only be denied in the following year if they are of “considerable duration, scope and severity”.

When applying for agricultural subsidies, farmers must assure that they will comply with the so-called cross-compliance regulations, such as regulations on animal welfare or environmental protection. If farmers violate their promise to comply with these regulations, not only should the subsidies be reduced or eliminated, but criminal investigations into subsidy fraud should also follow, says Jens Bülte, Professor of Commercial Criminal Law at the University of Mannheim. The current system leads to distortions of competition because those who stick to the rules have higher costs. “If those who don’t follow the rules no longer receive subsidies, they could be distributed differently,” says Bülte.

“The problem is the lax animal protection laws,” says agricultural politician Martin Häusling, who represents the Greens in the European Parliament. “Even if a thousand pigs are burned, the owners get away with a warning.” The problem cannot be solved with agricultural subsidies, but only with stricter laws. These must have a deterrent effect, and compliance with them must be monitored much more frequently.

Animal welfare organizations also criticize the fact that convicted animal abusers continue to be subsidized by the EU. The chairman of SOKO animal protection, Friedrich Mülln, writes that he has observed “for years a systematic failure of the judiciary, administration and politics to deprive livestock owners of public funds, even if the law is repeatedly and massively broken.”

In Germany, people are even rewarded with tax money, says Mülln, “when animals rot alive in the barn, are beaten to death or are brutally mistreated. Sometimes you think the authorities don’t even know that subsidies can be withdrawn, or they want to do not know.”

The Federal Ministry of Food and Agriculture writes on request that it has no overview of the number of violations of animal welfare requirements and the resulting cuts or even cancellations of agricultural subsidies.

The farm subsidies data have been collected by FragDenStaat in cooperation with Arena for Journalism in Europe over the past years and have now been jointly analyzed by NDR, WDR and Süddeutsche Zeitung as well as Correctiv, Der Standard, IrpiMedia, Reporter.lu, Reporters United Greece, Expresso , Follow The Money and Gazeta Wyborcza.