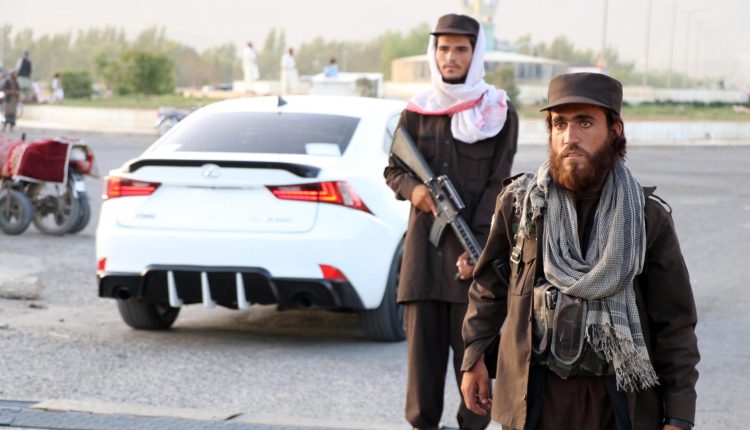 Once known as the proud police chief “Scorpio”, then imprisoned and impoverished: Instead of a promised amnesty for officials, the Taliban are implementing persecution and punishment, reports a former police officer from Kandahar.

There is hardly any place where he feels safe. Especially not to give an interview. A car ride would do, says Habib, who actually has a different name that he doesn’t want to have mentioned. Before the Taliban took power, Habib was the deputy chief of crime at a precinct in Kandahar. Codename: Scorpio.

Working as a taxi driver – incognito

The once proud “Scorpio” then hid at home for two weeks, not once going out the door. Until he and his family ran out of food. Habib had to earn money and started working as a taxi driver.

At one of the checkpoints that the Taliban have set up all over the city to this day, he was exposed and arrested.

“They beat me in prison and kept asking where my weapons were. I kept saying that I had handed in all official weapons beforehand,” says Habib. “Then when I mentioned my private pistol and they confiscated it, at least they stopped hitting me. But it was so hot in prison and they didn’t give us any food or water.”

New start in Kabul does not succeed

Habib had to go back to Kandahar. And that, although former colleagues of his would still disappear there overnight, as he says: “Two of my younger colleagues killed them right away when they conquered our city. Not in the fight, they were at home, that’s where they were just shot them. There are many such cases. They arrest us and beat us or they kill us. There is no mercy for us.”

In a report of at least 160 extrajudicial killings since the takeover, the United Nations writes: Former civil servants and security forces were killed by the Taliban, although the Islamists had repeatedly emphasized that there was a general amnesty for the Afghans.

One cannot trust her words, says Habib: “The international community should put more pressure on the Taliban. If they don’t do that, then this regime will do things that have nothing to do with humanity.”