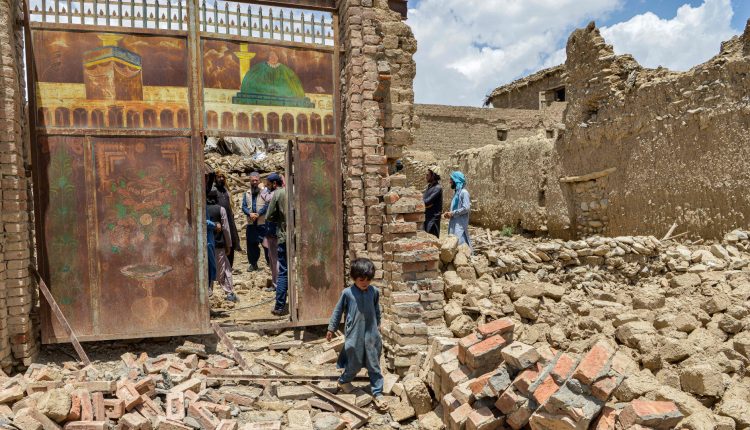 The committee of inquiry into the last phase of the Afghanistan mission has long been promised. Now the Bundestag has debated it. At the same time, Foreign Minister Baerbock took stock of her action plan for Afghanistan.

It’s an image that also seems to have been burned into the minds of German politicians: Desperate Afghans handing their babies to western soldiers over barbed wire at Kabul Airport – in order to at least save them from the Islamist Taliban.

In any case, several MPs recalled the last, hectic, chaotic days of the 20-year mission in Afghanistan, referring to this act of hopelessness.

Complicated clean-up work after a severe earthquake in Afghanistan

“Problematic assessment of the situation” by the federal government

Ironically, the Foreign Ministry was also headed by an SPD politician at the time, namely by Heiko Maas. But that’s just one of many probing questions that arise: “How could such a dramatic situation come about? We have to learn lessons from this for the future,” demands and asks in one breath Union parliamentary group leader Johann Wadephul. In any case, the CDU/CSU formulated the traffic light application.

In any case, one of the consequences of the hectic withdrawal back then is that thousands of Afghans in need of protection still have to fear for their lives today. The committee of inquiry will also deal with the question of why the helpers of the Bundeswehr, the so-called local forces, were not taken to safety early on while there was still time.

“All in all, two-thirds of the people who we accepted are now in Germany. That’s a total of 21,000 Afghans,” said Foreign Minister Annalena Baerbock, when she took stock of her Afghanistan action plan.

However, she did not hide the fact that, despite a new agreement with neighboring Pakistan, it was “difficult” to find a solution for those who were still endangering their lives.

Women and girls live locked in their homes

The main obstacles are: Many of those in need of protection do not have passports. The Taliban have severely restricted the freedom of movement of women and girls. “The Taliban have tightened iron rules around their lives like bars. Today, women and girls live locked up in their homes like in a prison.” This is how the foreign minister put it.

There is little doubt that without the Taliban in power, the situation in Afghanistan would not be so pitiful. But Western troops and the Bundeswehr would have had to stay longer for that.

Inquiry commission on overall use

While the investigative committee is to devote itself to the withdrawal and the final phase of the mission, a commission of inquiry – a less severe instrument – is intended to deal with the entire mission, the full 20 years in the Hindu Kush.

“The withdrawal, as chaotic as it was, wasn’t the basic mistake. It was the 20-year war in Afghanistan”” is how left-wing politician Sevim Dagdelen sees it. Just like them, the AfD MP Stefan Keuter would have liked a broader mandate for the committee of inquiry, namely a review of the entire operation.

There are enough hair-raising omissions in the last year and a half for the committee to clear up. Provided the traffic light parties and the Union have the will to do so.

Afghanistan – dramatic present and mistakes of the past