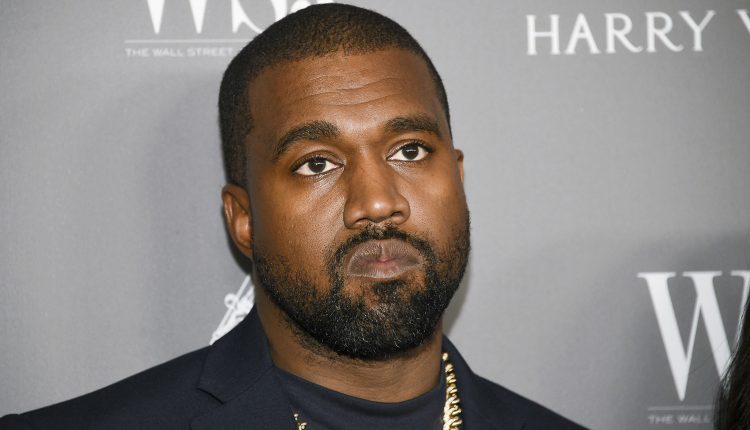 After several verbal attacks against Adidas, the cooperation between Kanye West and the German sporting goods manufacturer is about to end. This does not go down well with investors.

With a minus of around 3.5 percent in the afternoon, the Adidas share is in the spotlight on the Frankfurt Stock Exchange today. And that because of a controversial US rapper who also likes to look for the big stage: Kanye West. Because the long-standing partner has repeatedly attacked the sporting goods manufacturer, the latter is now questioning the cooperation.

“After repeated attempts to clarify the situation outside of the public eye, we decided to put the partnership to the test,” the Franconian group said last night. According to West’s critical statements, that’s no surprise, said a broker. However, the products produced in cooperation with its popular label “Yeezy” have always been very profitable for Adidas.

The musician, who is considered eccentric, had sharply criticized both Adidas and the US fashion group Gap on Instagram in recent months and accused his fashion partners of “shamelessly” copying the designs of his “Yeezy” shoes and using them for their own models. In the case of Adidas, it is therefore the “Adilette ’22”. West claims details were stolen from the “Yeezy Slides”. Observers disagree as to whether the slippers are actually fake or just look similar and use elements that stand out.

West also accuses the manufacturers of breaking their promise to expand business ties. The designer had often called for more influence in the past. Because of these allegations, the US fashion retailer Gap decided in September to prematurely end its collaboration with West, which had only been running since 2020.

Adidas, on the other hand, had always been silent – until now. “A successful partnership is based on mutual respect and common values,” wrote the company based in Herzogenaurach. Apparently that no longer seems possible. Because even regardless of the allegations, West was recently noticed negatively – as with questionable slogans in his new fashion collection. He had the inscription “White Lives Matter” printed on shirts, which critics interpret as a response to the “Black Lives Matter” movement and consider it a slogan of the right-wing scene.

Sales of “Yeezy” in the billions

Since 2015, the rapper, who has repeatedly attracted attention with provocations, has been designing shoes and clothing for Adidas under the “Yeezy” brand. At that time he ended the cooperation with the US company Nike because he was of the opinion that he was not getting enough of the revenue. So he switched to the German competitor.

The new cooperation initially went well for both sides: According to internal information from the bank UBS, via which the news agency Bloomberg reported, the Yeezy brand had sales of $1.7 billion in 2020. According to Forbes, there were around 1.5 billion in 2019. West himself apparently earns 15 percent on all sales. That’s hundreds of millions of dollars a year.

Adidas has described the collaboration in the past as “one of the most successful collaborations in the history of our industry”. The fact that the cooperation will probably soon be over caused disappointment among investors. The Adidas paper was last in the German leading index DAX in the afternoon.

In general, the title is anything but good at the moment. Since the beginning of the year, the Adidas share has lost more than 50 percent of its value in XETRA trading. Since the beginning of August alone, it has slipped by more than 30 percent. The announcement that CEO Kasper Rorsted will leave the sporting goods manufacturer in 2023 pushed them even deeper into the red. His contract was only extended last year.

The Dane, who was named Manager of the Year by “Manager Magazin” in 2019 and who many attest to a good job, will continue to lead the group for the time being for the transition. According to Frederik Altmann from Alpha Securities Trading, the fact that no successor is in sight explains the current price losses. “Because that means uncertainty first, and that’s always bad for shares,” said the expert.

In addition, according to experts, Adidas has been lagging behind the competition in terms of product dynamics for years. The company with the three stripes has also been criticized for its strong brand presence in China. The dependency on the once profitable business in the country is now proving to be a problem due to the consequences of the corona lockdowns. At the end of July, Adidas had to lower its annual forecast because sales in China had collapsed by almost 35 percent in the second quarter.