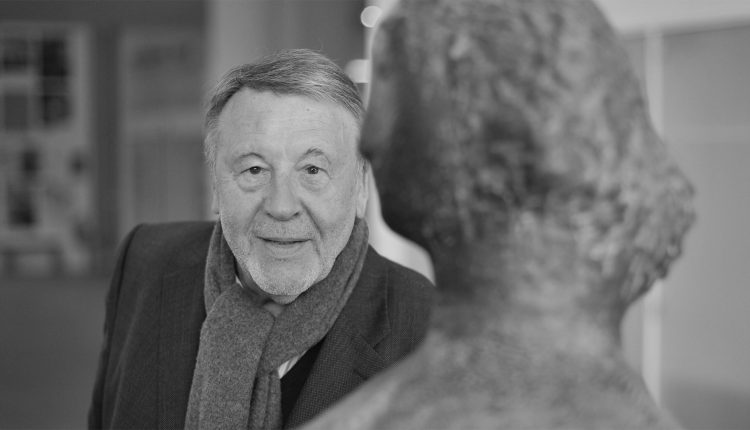 He was the star of Fassbinder’s “Berlin Alexanderplatz” and in the 1990s “Tatort” commissioner: now the actor Günter Lamprecht has died at the age of 92.

The actor Günter Lamprecht, who became famous with Fassbinder films and as a “crime scene” commissioner, is dead. He died on Tuesday at the age of 92 in Bad Godesberg in Bonn, as his agent Antje Schlag told the dpa news agency. Lamprecht was celebrated by critics and audiences alike for his prime role as Franz Biberkopf in Rainer Werner Fassbinder’s miniseries “Berlin Alexanderplatz”. He gained popularity in the 1990s through the role of Berlin “Tatort” commissioner Franz Markowitz.

“Günter, you have to become an actor!”

Lamprecht leaves behind his wife and a daughter. Lamprecht was born on January 21, 1930 in Berlin. Shortly before the end of the war he was drafted as a Hitler Youth and in the final days of the war he was wounded by a grazing shot not far from the Berlin Reich Chancellery. After the war, he trained as an orthopedic mechanic.

One day a drunk friend is said to have said to him: “Günter, you have to become an actor!” As a result, the completely unread Lamprecht auditioned for the acting school – and was accepted. From 1953 he took private acting lessons in Berlin.

His life was “accompanied by violence”

He was always aware of his humble origins: “I come from the proletariat, I make no secret of that,” he once said. “I understand the problems these people have, so maybe I can do these characters better.” In addition, his life was “accompanied by violence,” as he put it. In 1999, he narrowly escaped death when, by sheer accident, he became one of the victims of a gunman. The memory of it never faded.

More than 150 film and television roles

Lamprecht made his debut at the Schiller-Theater, followed by a permanent engagement at the Schauspielhaus Bochum, where he returned in 1974 after stints on all the major stages in Germany and played under Peter Zadek. It was here that he met Rainer Werner Fassbinder for the first time. Overall, Lamprecht played about 75 leading and title roles at the theater.

Lamprecht played his first leading film role in 1976 in “The Baker’s Bread” and won the Lubitsch Prize with it. More than 150 film and television roles followed. In 1980, Lamprecht played the leading role in Rainer Werner Fassbinder’s film adaptation of “Berlin Alexanderplatz”. From 1991 to 1995 he embodied the Berlin “Tatort” commissioner Franz Markowitz. Most recently, he was seen as Reich President Paul von Hindenburg in 2021 in the television film “Meeresleuchten” and in 2017 in the series “Babylon Berlin”. He also took part in the film adaptation of “Das Boot” from 1981, as well as in Fassbinder’s “Die Ehe der Maria Braun” from 1979.

The Berliner has received many awards, including the Federal Cross of Merit. He was also a recipient of the Order of Merit of the City of Berlin and the State of North Rhine-Westphalia.