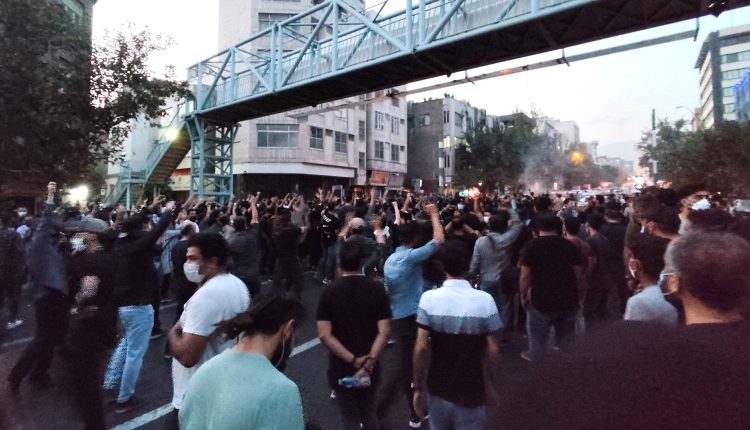 After the death of a 22-year-old in police custody, protests in Iran continue to escalate: Activists report that 31 civilians have now been killed. Green leader Nouripour sees “everything on the brink”.

The death toll has apparently continued to rise during protests in dozens of Iranian cities. The Iran Human Rights (IHR) organization based in Oslo spoke of at least 31 civilian deaths on Thursday. According to state television, at least 17 people are said to have died. Both security forces and demonstrators were among the victims. According to activists, the authorities further restricted access to the Internet and blocked the online networks Whatsapp and Instagram.

The protests were triggered by the death of 22-year-old Iranian Mahsa Amini. She was arrested by the vice squad for violating the strict Islamic dress code. What exactly happened to Amini after her arrest is unclear. She fell into a coma and later died in a hospital.

Iran’s President Ebrahim Raisi, who was in need of explanations nationwide due to the woman’s death, commented on the sidelines of the UN General Assembly on the subject. At a press conference, he said the young woman’s death had to be investigated. At the same time, Raisi described the protests as “acts of chaos” that were unacceptable. Iran is currently experiencing the biggest riots since 2019.

Videos on online networks show protesters removing and burning their headscarves or cutting their hair in front of a cheering crowd. In Isfahan, protesters tore up a banner with a picture of Iran’s spiritual leader, Ayatollah Ali Khamenei.

“Even from the regime there are critical voices”

Green leader Omid Nouripour also commented on the situation in the country: He sees “everything on the brink”. “People no longer want to be patronized and endure a system that is exclusively geared towards patronizing,” Nouripour told the editorial network Germany. The government in Iran has shown in recent years that it uses violence against its own people without regard. Nevertheless, the situation is different this time, as there are also critical voices from the regime itself about the incident. Nouripour was born in Iran.

Federal Foreign Minister Annalena Baerbock announced in New York that she would bring the violent crackdown on the demonstrators to the UN Human Rights Council. The “brutal attack on the courageous women in Iran” was “also an attack on humanity,” said Baerbock on the fringes of the general debate.

According to the German-Iranian writer Navid Kermani, the protests show the population’s deep dissatisfaction with the regime. “Of course it’s about women’s rights, which are massively disadvantaged,” he said in an interview with the daily topics. But there is also great resentment for other reasons: “It’s about the daily patronizing, the rights of the minorities, the economic crisis – everything is at stake here.” The demonstrators were not only demanding individual reforms – the system question was being asked openly on the streets. “This is a rejection of the ruling elite.”

The human rights organization Amnesty International called on the heads of state and government present in New York to “support an independent international investigation and accountability mechanism to address widespread impunity in Iran”. The US imposed sanctions on the Iranian vice squad and several security officials.

The Iranian head of justice had previously ordered the security forces to crack down on the nationwide protests. Gholam-Hussein Mohseni-Edschehi instructed the judiciary and police in all parts of the country not to compromise when dealing with “professional rioters” and leaders of the unrest, the state news agency IRNA reported. According to the head of justice, this should guarantee the security of the citizens. For days, experts have feared that the Iranian authorities will crack down on the street demonstrations.

Iran: Demands on the federal government to position itself more clearly

Pension reform: the unions welcome the…