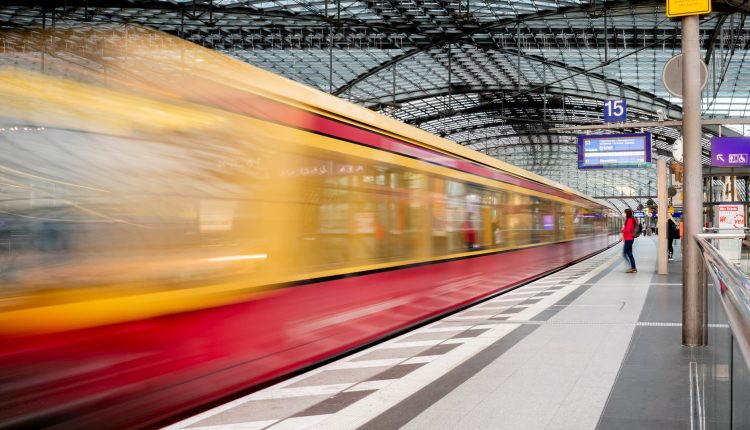 A regional ticket for 29 euros, a federal ticket for 49 euros – this is what a concept paper by the Greens envisages, which ARD Capital Studio present. When it comes to financing, there is likely to be further disagreement with the coalition partner FDP.

Many passengers could drive for “less than one euro a day” – that’s how the Greens advertise their new concept. The paper was drawn up by the parliamentary group, the party and the green NRW transport minister, Oliver Krischer. It’s up to him ARD Capital Studio before.

The 29-euro regional ticket is primarily aimed at commuters who, for example, use public transport to get to work. In addition, there should be a “49-euro ticket for all of Germany”, which should break through the previous “tariff jungle” and maintain the comfort of the 9-euro ticket, the paper says. The FDP rejects the proposals and rejects a direct follow-up ticket for September.

According to the Green concept, it would be a bit more complicated for customers who opt for the regional ticket: This ticket should be valid “at least nationwide, but also for regions like Berlin-Brandenburg or Bremen-Hamburg-Lower Saxony”. Overall, Germany should be divided into eight zones, which could then each offer a regional ticket for 29 euros per month.

The eight traffic regions could partially overlap, so that the Hamburg region, for example, would be covered with both a north-east and a north-west ticket. The Greens are based on a tariff concept that the Verkehrsclub Deutschland proposes for the 9-euro ticket successor.

When it comes to financing, the Greens continue to insist on their proposal: curtail company car privileges and, above all, price CO2 emissions more heavily. This would result in “additional revenue for the federal and state governments, which could flow seamlessly into the financing of cheap tickets”. How high this additional income should be is not clear from the paper.

So far, the transport companies are reckoning with a clear need for subsidies: Even a ticket for 69 euros would require annual subsidies of two billion euros, the Association of German Transport Companies has calculated.

So far, neither Finance Minister Lindner nor the federal states are willing to bear the high costs. In its reaction to the green advance, the FDP refers to this: “With the FDP, there will be no singular subsidies from the federal government for a 9-euro ticket follow-up offer,” says Bernd Reuther, spokesman for transport policy for the parliamentary group. He continues to see “the countries also have an obligation”. Reuther rules out a quick agreement: “There will definitely be no direct connection solution to the 9-euro ticket.”

How big is the environmental effect really?

In any case, the Greens want to negotiate a follow-up ticket as quickly as possible: In surveys, “80 percent of those questioned said they wanted to continue,” says party leader Ricarda Lang.

NRW Transport Minister Oliver Krischer points to an environmental success: “Millions of people have switched to local public transport.” However, mobility researchers doubt that the 9-euro ticket would have led to a large number of drivers now using buses and trains. Many studies are still ongoing.

9-euro ticket: Greens make a proposal for a follow-up ticket