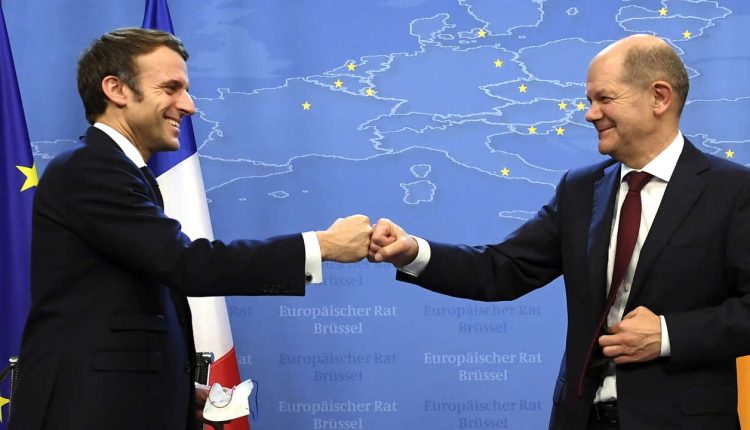 Grandstand. The new German government is preparing to follow a far-reaching European timetable. The coalition agreement is indeed committed to leading the transformation of the European Union (EU) into a “federal state”. This would mean nothing less than the emergence of a United States of Europe. The contrast with the prudence of Angela Merkel’s policy is striking. Previous governments successfully steered the EU through a series of crises, but never offered a proactive agenda of long-term reforms for Europe.

The new chancellor, Olaf Scholz, had sung the melody of the “Hamiltonian moment” when he was still finance minister of Mme Merkel, on the Next Generation EU (NGEU) program, a massive European Union budget designed in response to the economic collapse caused by the pandemic. Speaking enthusiastically to the German Parliament, he said that this was the start of a European fiscal union – a remarkable statement from a German finance minister, and very significant of the way , in Germany, the debate is no longer subject to the domination of the hawks who, for more than a decade, have accused our European partners of budgetary recklessness. This development comes on top of a more general reorientation of the German economic policy debate which, as the recent rapprochement between the Greens and the market-friendly FPD Liberals shows, seems increasingly to go beyond old market-state oppositions. , economy-ecology or growth-redistribution.

Even if it presents itself as fiercely pro-EU, we should not expect the new government to make a 180 turn.0 fiscal and economic policies. Mr. Scholz is not a daredevil, and the liberals see themselves as the rigorous element of the three-party coalition, which preserves the traditional ordoliberal heritage. However, with this unprecedented mix of a strong desire for reform and remaining budgetary prudence, Germany could be in a position to shape the European agenda and strengthen the Franco-German axis around four priorities.

First, the ongoing reform of fiscal rules offers an opportunity to strike a new balance between debt sustainability and room for maneuver for stabilisation. Mr Scholz welcomed the flexibility shown in the Stability and Growth Pact, but at the same time acknowledged the need for growth-enhancing fiscal rules. In truth, as a group of European economists and jurists recently wrote, fiscal sustainability remains essential, but the rules have become obsolete in a post-Covid-19 world where average debt levels like differences in debt levels between Member States have increased. Ambitious economic reforms are legally feasible without upsetting the foundations of the budgetary legal framework. This would suffice to abandon the “one-size-fits-all” approach to fiscal rules, give greater priority to debt sustainability, and allow differentiated debt reduction targets. Such reforms would take into account the heterogeneity of fiscal spaces across Europe, while preserving fiscal sustainability.

You have 49.32% of this article left to read. The following is for subscribers only.