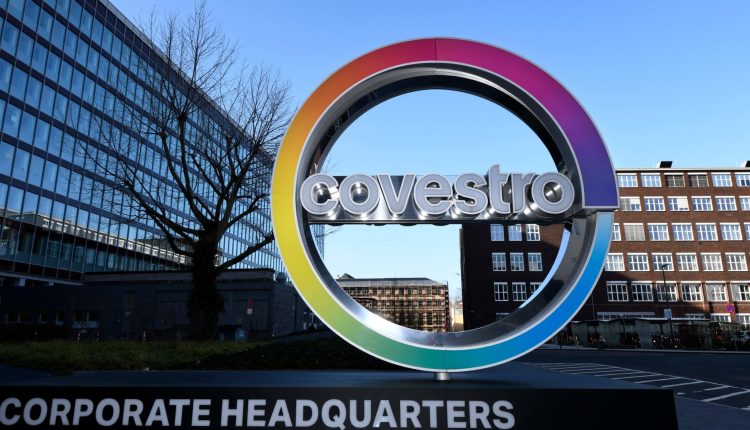 Covestro’s headquarters in Leverkusen, Germany. The company has adjusted its full year guidance for 2022, citing a number of factors.

German materials giant Covestro warned Tuesday that the rationing of gas could see some of its sites shut down, as its CEO stressed the importance of reducing the company’s reliance on fossil fuels.

In a statement outlining the company’s performance in the second quarter of 2022, Covestro said it was undertaking “various measures” to lower, over the short term, its gas requirements in Germany, where the firm’s facilities represent roughly 25% of its worldwide production capacity.

These measures include using oil-based steam generators. “If gas supplies are rationed in the further course of the year, this could result in partial load operation or a complete shutdown of individual Covestro production facilities, depending on the level of the cutback,” the company said.

“Due to the close links between the chemical industry and downstream sectors, a further deterioration of the situation is likely to result in the collapse of entire supply and production chains,” it added.

Russia was the biggest supplier of both petroleum oils and natural gas to the EU last year, according to Eurostat. But the country has significantly reduced flows of natural gas to Europe since Western nations imposed tough sanctions on the Kremlin as a result of the war in Ukraine.

Tuesday saw Leverkusen-headquartered Covestro report that group sales in the second quarter had grown by 18.9% to hit 4.7 billion euros (around $4.81 billion). Earnings before interest, taxes, depreciation, and amortization, however, slumped by 33% to 547 million euros.

The company also said it had adjusted its full year guidance for 2022, stating that the war in Ukraine had “fundamentally changed the geopolitical situation and caused extensive consequences for the global economy.”

Speaking to CNBC Tuesday morning, CEO Markus Steilemann outlined the company’s strategy going forward. Among other things, he cited energy saving programs that were already in place and would continue.

“Secondly, wherever possible we will switch from gas as a fuel to, for example, oil or other alternative sources,” he said.

Steilemann added that Germany as a country was also “preparing to get less and less energy that is based on gas. So all these measures will help … to decrease our dependency, as a company, on gas.”

Expanding on his point, he said it was important Covestro continued with its strategy of “getting rid of fossil fuels” as both an energy and raw material source.

Moving toward a circular economy “where we can finally forego the dependency on fossil fuels” was also crucial, he argued.

This company wants to pay you to travel around Australia, New Zealand in a campervan

Video. Emotion and surprise: when the Ukrainian Center for Civil Liberties wins the…