Frans Timmermans: “With COP27, we lost a year” 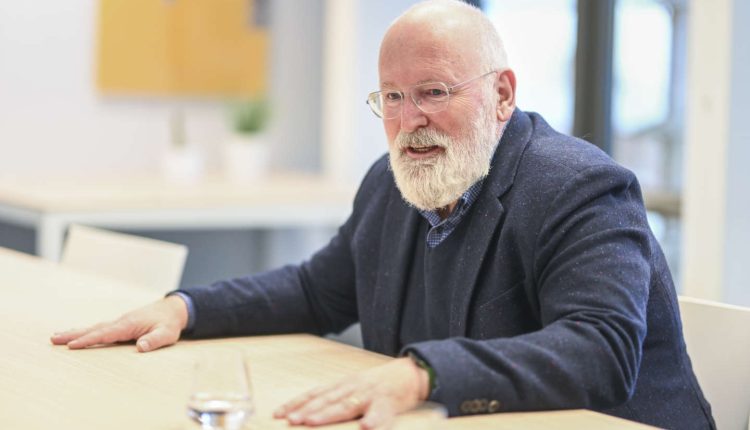 “The world will not thank us”, you reacted to the end of COP27. Do you think that its results are not up to the climate emergency?

This COP27 was very disappointing. No mention of the end of fossil fuels, no mention of a date for the peak of greenhouse gas emissions, no update of the so-called national reduction commitments… Nothing has been done on reducing emissions. We lost a year. We even had to fight like crazy to avoid going back, to save the achievements of COP26. It’s not sufficient.

In Glasgow, we left off on the commitment that the most emitting countries would make more ambitious projects to further reduce emissions, and most did not. If we lose more time, it means that we have to do even more in the time that remains. It becomes politically and technically more and more difficult.

Does this mean that the objective of limiting global warming to below 1.5°C has become unattainable?

The 1.5°C goal is moribund, but still alive. The more time passes, the more difficult it becomes to hold. And the more the measures to be taken will be costly and painful. That’s why we have to use all the time we have left: every year, every month, every week, every day. But this objective does not only depend on Europe but also on the G20 countries, which are responsible for 80% of global emissions. So, if there isn’t real change in China, India and the other G20 countries, we’ll never get there.

Read also: Article reserved for our subscribers Should we declare that it is no longer possible to limit global warming to 1.5°C?

But if we see the investments that these two countries are making in renewables, it’s still remarkable, especially in China. I still have hope that the latter will be able to reach the peak of its emissions well before 2030. In this case, 1.5°C remains possible. So we have to work with the Chinese to try to get there.

This is the great success of this COP27. And we owe it in part to the European Union [UE], because it was our proposal that was accepted. This means that we can re-establish relations between the North and the South.

You have 82.3% of this article left to read. The following is for subscribers only.

The founder of “Wagner”…