Vaccine pass: how the debates got bogged down in Parliament 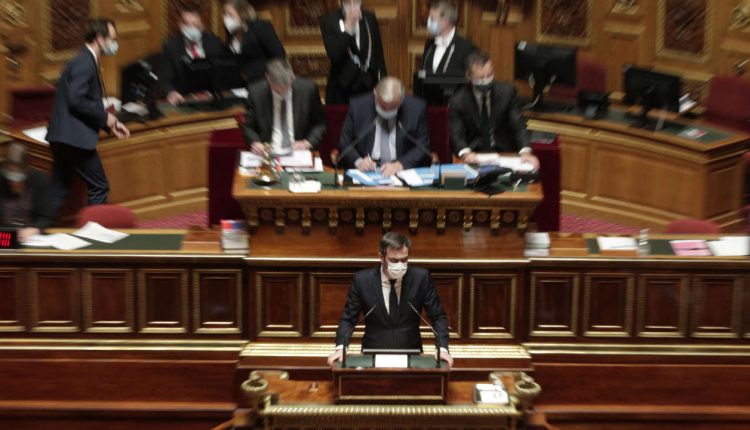 Hit, therefore sunk. The discussions in the Joint Joint Committee (CMP) between deputies and senators on the bill transforming the health pass into a vaccine pass were torpedoed after four hours of debate… by a tweet. That of the president of the group Les Républicains (LR) in the Senate, Bruno Retailleau. While no agreement had been reached, Thursday, January 13, Mr. Retailleau, traveling in Vendée, announced on his Twitter account at 5.45 p.m. that the CMP ” agreed with the Senate “, acting “the victory of common sense”, and punctuating his message with a criticism of the Head of State: “The pass is intended to protect the French and nothing else… no offense to Emmanuel Macron. »

Read the decryption: what is the difference with the health pass? Who is concerned ? Our answers to your questions

It was enough for the majority of the Assembly to declare the end of the talks by leaving the closed session of the CMP, leaving the senators more than disconcerted. “We cannot suspend work that was so close to an agreement on the basis of an external event”, denounced the rapporteur for the text in the Senate, Philippe Bas (LR, Manche).

Half an hour after the tweet, looking serious, Yaël Braun-Pivet, the president of the law commission at the Assembly, reacted in front of the cameras: “This intolerable attack on the functioning of our institutions and of Parliament has led us to record the failure of this joint committee, so we have suspended its work. » The administrators of the Assembly had however prepared a text recording the favorable outcome of the CMP.

Due to the accelerated procedure, the examination of the bill must therefore resume on Friday in the National Assembly, then in the Senate on Saturday. MPs will have the last word. “We can also understand the attitude of the president of the Assembly’s law commission. It is a fault, an error on the part of Mr. Retailleau, ” believes the socialist senator from Loiret, Jean-Pierre Sueur. Bruno Retailleau, he does not speak of fault, explaining that an employee “tweeted off” too early : “How can a tweet undermine an agreement on this important issue? Where is the general interest here? How would the rights of Parliament be violated? Either the majority takes into account the work of the Senate, and then everything is still open. Either the executive and the majority seek an alibi to ensure that there can be no agreement. This is what would violate the rights of Parliament. »

At the end of the meeting, the versions of each other diverged on the real desire of each camp to reach an agreement. Even after the suspension of work, the senatorial right and the president (LR) of the Luxembourg Palace, Gérard Larcher, tried to convince the majority to resume reading the text in CMP. Categorical refusal of Mme Braun-Pivet and La République en Marche (LRM) deputies. Impossible, even constitutionally, according to Jean-Pierre Sueur.

You have 71.19% of this article left to read. The following is for subscribers only.

Prison overcrowding: towards a high-risk year 2022