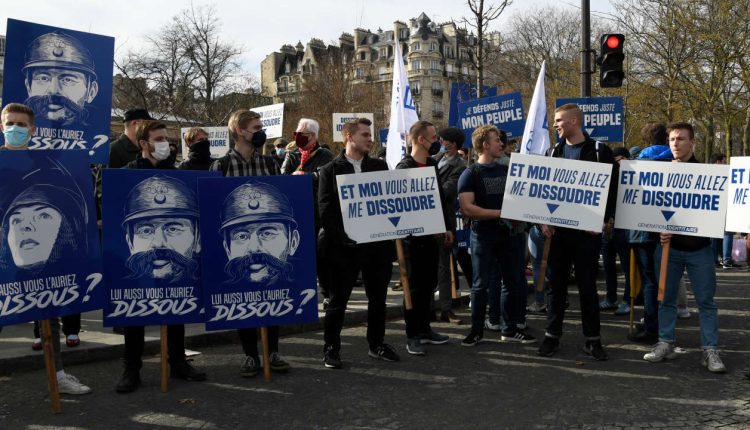 The trial of Aurélien Chapeau, a radical ultra-right anti-Semitic and supremacist activist, tried in the Paris court for “individual terrorist enterprise”, continued on Thursday, January 27. The same day as the International Day dedicated to the memory of the victims of the Holocaust. There was never any mention of this annual commemoration during the hearing. And yet, there would have been something.

The obsessive anti-Semitic hatred of Jews by Aurélien Chapeau, 38, occupied a good part of the audience. Already the day before, the court had examined compulsive searches on the Internet – on Jews, Freemasons, the Great Replacement, the IIIand Reich, etc. – of this trained cook who spent seven years in the army and has worked since 2011 as an agent for a security company.

From 2018, even though he was in the crosshairs of the justice system for death threats against a leader of SOS-Racisme Limousin and police officers, and a search of his home revealed day of illegally acquired weapons, Aurélien Chapeau continues to radicalize. Ad nauseam. He subscribes to White Wolf and Zyklon B on Telegram, downloads five times The Great Replacement, the manifesto of Brendon Tarrant, the Australian terrorist who killed 51 people in two Christchurch mosques on March 15, 2019.

Even more worrying, his Google searches are becoming more concrete in 2019 and 2020: “Kill Limoges Jews”, “poison a groundwater table”. In January 2020, he posted a series of seven photos of buildings belonging to Jewish institutions accompanied by their address: a school in Montrouge, cultural and religious centers in Strasbourg, Clermond-Ferrand, Limoges, Neuilly. “I did a random search on Google Maps. It was to make the buzz. I erased them twenty-four hours later. That’s what I blame myself the most for (…) I thought that was going too far. It’s too unhealthy. » “I deserve to be punished, if only for school”, he said. Then he adds: “If people want to attack Jewish places, they don’t need me. »

“I’m not going to apologize every two minutes”

For him, this Internet search does not correspond to a “tracking”. This is not the opinion of the public prosecutor. The judge tries to explain to him that “individual terrorist enterprise” does not designate a “attempt” but one “purpose”, a trajectory. Aurélien Chapeau finds it difficult to understand.

You have 61.12% of this article left to read. The following is for subscribers only.