Twitter: Emmanuel Macron believes that the end of the fight against disinformation linked to Covid-19, decided by Elon Musk, is “a big problem” 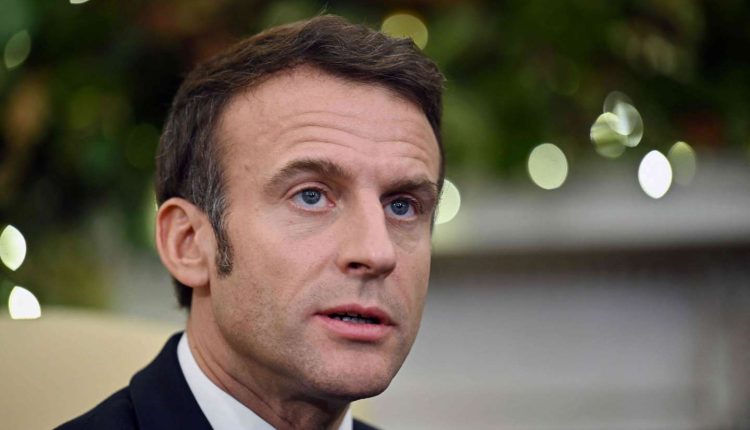 While the Covid-19 epidemic is on the rise, the end of the fight against disinformation linked to the pandemic on Twitter, decided by the new owner of the social network, Elon Musk, is a ” big problem “estimated Thursday 1er December Emmanuel Macron.

During an interview with the American channel ABC, on the sidelines of his state visit to the United States, the French president declared: “I think we have to tackle the subject head-on, I am in favor of the exact opposite, more regulation. We are doing it [en France] and we do it at European level. »

By recently taking over Twitter for 44 billion dollars (42.5 billion euros), the American businessman has undertaken to upset the moderation of content on the social network. Among these measures, the end to the fight against misleading information about Covid-19 » since Nov. 23, the company announced Tuesday.

The French Head of State therefore reacted on Thursday by affirming that freedom of expression “implies responsibilities and limits. You can’t go out and make racist or anti-Semitic remarks, it’s a point that is important to me to defend “.

A conception of freedom of expression far removed from that defended by Elon Musk, a fervent supporter of free speechwho believes on the contrary, in a very libertarian conception, that the latter should know no limits.

Moreover, the American billionaire has never made a secret of his opinion about the health restrictions put in place to fight the pandemic, especially when they meant the temporary closure of his Tesla factory in California.

“Telling people they can’t leave their homes and that they would be arrested if they did is fascist. It is not democratic. It is not freedom. Give people back their damn freedom”he got carried away in April 2020, during a conference call for financial analysts.

Very large online platforms, such as Facebook, Amazon or Twitter, will have to apply “around summer 2023” new European Union (EU) legislation that came into force in November to eliminate no-go zones on the internet.

These rules include the obligation to act “promptly” to remove any illegal content as soon as the platform becomes aware of it, or the obligation to inform the judicial authorities when they suspect a “serious criminal offence”.

They also include prohibitions, such as the use of data “sensitive” users (gender, political leaning, religious affiliation, etc.) for targeted advertising. And transparency obligations, such as the publication of the main parameters used by recommendation systems.

The warning issued by Emmanuel Macron Thursday thus comes in support of that sent Wednesday by the European Commission to the billionaire, by the voice of its commissioner for the internal market, the Frenchman Thierry Breton, during a telephone exchange. The Frenchman reminded Elon Musk that the company should “significantly increase its efforts” if it wanted to comply with European rules on the fight against disinformation.

“Let’s be clear: there is still a huge amount of work to be done” and Twitter will have to “significantly strengthen content moderation, protect freedom of expression and resolutely tackle disinformation”he said, according to a report of the exchange communicated to Brussels.

MM. Musk and Breton “agreed that the Commission services will carry out a stress test at Twitter’s headquarters in early 2023, which will allow Twitter to assess its compliance even before the legal deadlines”said the European Commissioner.

Since his recent takeover of Twitter, Elon Musk has also reauthorized the return of many suspended or banned accounts from the social network. Among them, that of former President Donald Trump, suspended in January 2021 for calling for violence, after the assault on Capitol Hill led by his supporters.