Trial of November 13: fragments of hearing 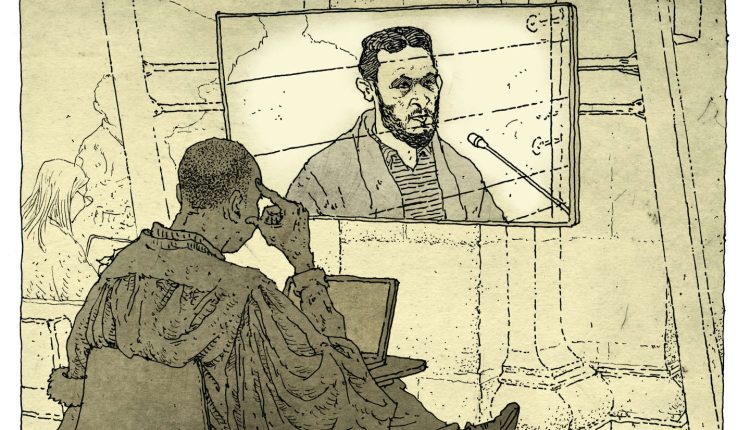 NarrativeThe examination of the facts ended on Friday after eight months of debate. Before the start of the pleadings, “Le Monde” returns in text and images to some of the key aspects of this trial.

This is both the luxury and the burden of this trial, which will have stretched from the summer of 2021 to the summer of 2022: its duration. To avoid overheating, the debates were held only four days a week, in the afternoon only. Listening to the civil parties and the accused was absolute, there was never any need to hurry, the hearing gained in serenity. But a certain weariness ended up settling in all its actors, now in a hurry to get it over with.

The pleadings begin Monday, May 23, eight and a half months after President Jean-Louis Périès’ introductory warning to the audience: “You will have to arm yourself with patience. »

In its length, the trial lost some of its force and the interest it had aroused when it opened – the war in Ukraine and the presidential election even ended up eclipsing it. With its “great witnesses” (from politics, sociology or intelligence) who took it well beyond the facts, the “total trial” sometimes looked like a conference on geopolitics in the Middle East. , radicalization or flaws in anti-terrorism. The defendants must, at times, have wondered what they were doing there.

They did not have the floor until after four months and the president chose to move forward not accused by accused, but according to a chronological “slicing” (before August 2015; from August to the beginning of November; from the beginning of November on the evening of the attacks; after the attacks) and around soporific presentations by investigators to which the defendants could not respond at the time, which set a false rhythm to the hearing, deprived of the spontaneity which is the strength of the assizes.

A bright and frustrating setting

To follow the trial of the November 13 attacks is to watch television. Temporary and spectacular construction sheltered from the dark vaults of the Salle des Pas Perdus, in the ancient Palais de Justice in Paris, the bright and modern wooden room which hosts the proceedings is of such a length – around fifty meters – that you can barely make out, unless you have taken a seat in the very first rows, the faces of the defendants in their box, over there, in the background on the left, or that of the Advocates General on their platform, in the background on the right. This is the price to pay to welcome as many lawyers and civil parties as possible to this extraordinary hearing.

So for eight months, we have been looking up at one of the many giant screens falling from the ceiling to discover the expression of the speaker, we regret not being able to perceive the reactions of his interlocutor or his neighbors – we are sorry, also, to miss out on off-mic exchanges, too far away for our ears.

You have 77.71% of this article left to read. The following is for subscribers only.