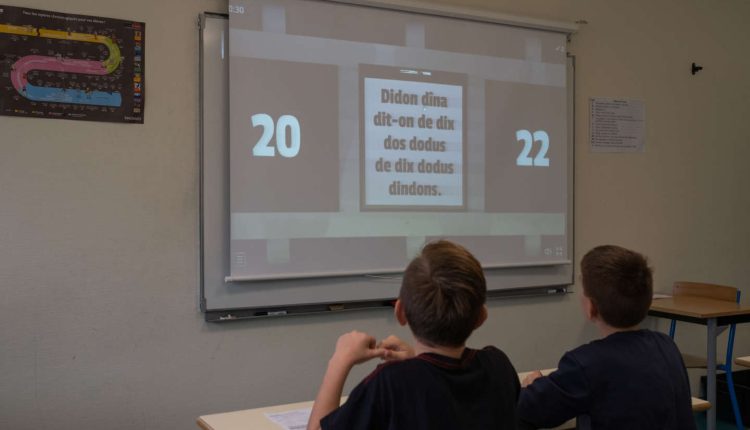 This column appears in The world of education. If you are subscribed to World, you can subscribe to this weekly newsletter by following this link.

Since the caricature of national education imagined by the former minister Claude Allègre, the image conveyed is that of a pachyderm, slow, heavy, impotent, immobile and without reaction. This image is largely unfounded at the level of the establishments: the actors in the field are indeed confronted with a school public different from that of the beginning of the 21st century.e century.

On the other hand, the image used by Claude Allègre seems more in line with reality for the observer who takes a global look at the institution. Indeed, the pillars of the education system have remained unchanged for decades: for example, the organization of schools-colleges-high schools; disciplinary lessons; French grading and the principle of compensation for exams; the weekly organization of timetables; the annual organization in three terms punctuated by class councils, etc.

The gap between the ability to evolve and adapt on a daily basis in schools and immobility at the national level, in a general atmosphere where the status quo seems to have become the rule, raises questions. At the national level, it is an eternal restart: collective amnesia or a deliberate desire to wipe the slate clean with each change of minister?

The changes made since 1989 to the procedure for developing teaching content are a good example of this. Until 1989, the General Inspectorate had a monopoly on the development of programs. Since the Jospin law, it has been succeeded in this mission by the National Programs Council (CNP, 1990-2005), then the High Council for Education (HCE, 2005-2013) and, finally, the Higher Programs Council (CSP, since 2013).

In 1989, it was his lack of openness to “new knowledge” which was blamed on the general inspectorate. The CNP is then created. In 2005, it was suppressed during a political alternation (left-right) by the Fillon law: it was criticized for its independence, which was nevertheless written into the text of its creation, and the complexity of the procedure put in place. The Fillon law then establishes the HCE, an advisory body with very broad fields of intervention. Apart from an orientation text on the common base of knowledge and skills, and a general text on the introduction of skills in high school programs, the HCE has not really intervened on the teaching content.

You have 59.98% of this article left to read. The following is for subscribers only.

At the criminal brigade of Versailles, the heady mysteries of “cold…