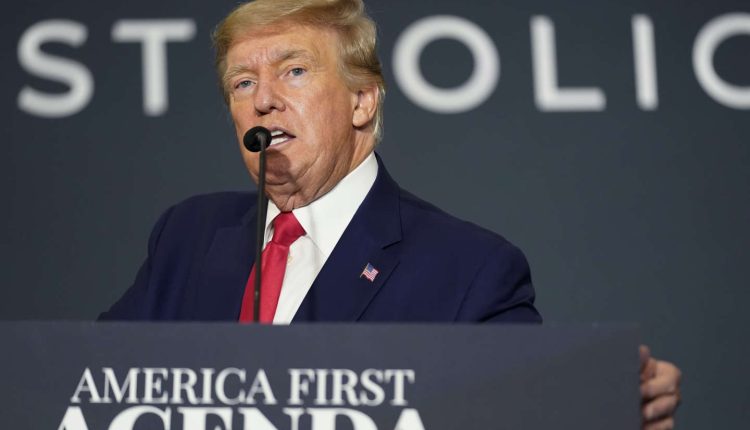 OAcross the Atlantic, the search of Donald Trump’s residence by the FBI in Mar-a-Lago has raised the specter of the speeches of electoral fraud that the former American president had popularized with his supporters, during the 2020 election , and which ended in the tragic capture of the Capitol on January 6, 2021.

Since the last US election, concerns have emerged over the possible export of a “Stop the Steal” type movement. [« arrêtez le vol », sous-entendu le vol de l’élection] on social networks in Europe, during decisive elections.

The federal elections German, in 2021, thus saw coordinated campaigns across multiple platforms – from Facebook to Twitter, passing platforms with limited moderation like the Russian social network VKontakte and the Telegram app – to convince voters that the ballot was rigged.

During the presidential and legislative election campaigns, theInstitute for Strategic Dialogue (“The specter of electoral fraud: the impact of disinformation discourse during the 2022 elections”, by Roman Adamczyk, Sasha Morinière and Cécile Simmons, ISD France) followed the trajectory of French disinformation discourse upstream, during and after the vote on various generalist platforms (Facebook, Instagram, Twitter) and more alternative online spaces (Telegram, Odysee).

Our research shows that if the stories of electoral fraud, which have consolidated around several themes or incidents (the question of the five hundred sponsorships, the alleged manipulation of the polls in favor of the incumbent president, the incident which occurred on France 2, at the announcement of the results of the second round) did not succeed in penetrating the French information space mainstreamtheir lasting success in anti-system communities and in the conspiracy underlines a risk of polarization of French society and shows that they are part of the long term.

Moreover, the resumption of disinformation elements from across the Atlantic reflects a lasting internationalization of these discourses, which is likely to continue. During the presidential campaign in France, elements of disinformation used in the United States, by pro-Trump circles, to contest the election of Joe Biden, flourished and were applied to the French context in certain conspiratorial and extremist communities. , a sign of a permeability between the discourse of online communities in France and American stories.

You have 50.09% of this article left to read. The following is for subscribers only.

Call for testimonials: parents of students, how do you approach (or have you…