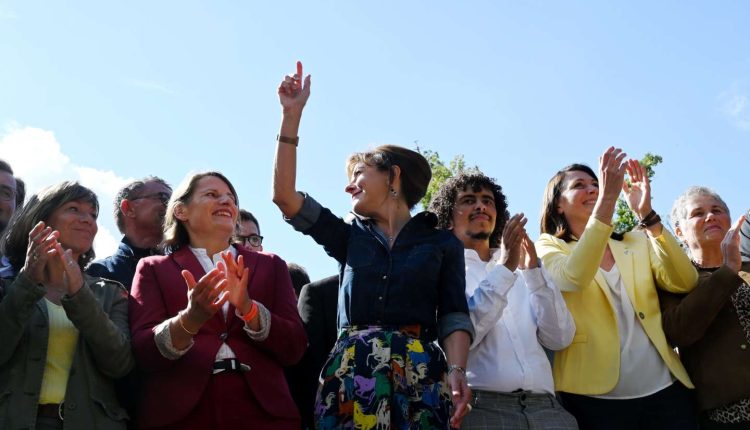 A Sunday in the countryside, on a country air. In Bram, a small village of 3,500 souls planted in the heart of Occitania, they were more than 1,700 to have responded to the invitation of Carole Delga, president of the region in rupture with the New Popular, Ecologist and Social Union (Nupes ) and eager to build a new left. All week, in the press, she had hammered home her desire to build this “project between Macron’s liberalism and Mélenchon’s Bolivarism”. In the bucolic decor of the Parc des Essarts, between the various thematic workshops, speeches and speeches, or the tasting of the famous cassoulet, activists, elected officials or simply curious people responded in large numbers to the call.

Read also: Article reserved for our subscribers Legislative 2022: Carole Delga, the socialist rebellious against the Nupes

“It’s the start of a new adventure”, declared the former Secretary of State and MP, still attached to her native village of Haute-Garonne and “to the values ​​that will always carry me”. Values ​​that had led her not to support the alliance approach during the creation of the Nupes, yet wanted by the leadership of the Socialist Party (PS). “Here everyone is welcome, I know that the left has always known its tendencies and adversities, we want to create a new space for dialogue”, underlined Mme Delga before his speech. In fact, within the five workshops devoted to the climate, education, citizenship, work or Europe, one could come across José Bové, the biologist Gilles Bœuf or even Jo Spiegel, former elected official and specialist in participatory democracy.

Not a candidate for the PS congress

Around the tables set up at the foot of the main stage, elected officials, activists, socialists or not. Like Jean-Charles Balardy, first federal secretary in the Tarn, for whom “the Nupes alliance disturbed us, we lost elected officials, so we have to compose but build something else”. Same reflection for Christian Assaf, the president of the socialist group in the regional council, for whom “Carole Delga is doing an excellent job at the regional level, we now have to think at the national level”.

Read also: PS-LFI alliance for the legislative elections: the socialist Carole Delga opposes this agreement and leads the revolt in Occitania

If she rejects the idea of ​​being banned from the PS and already campaigning for future deadlines – “I have no national ambitions but ambitions for my country”, she said –, Mme Delga lays the groundwork for an approach that will continue in the coming months. She also assures that she will not be a candidate during the next national council of the party, at the beginning of 2023. So, these “Meetings of the left”, simple workshops of reflections or jump seat for the renewal of the PS, or even the creation of a new party or movement? The socialist has in any case softened her speech. No frontal attack against La France insoumise (LFI), barely an allusion to the Quatennens affair, named after this deputy from the North defended by Jean-Luc Mélenchon after having recognized domestic violence, which shook the party of Jean-Luc Mélenchon. “When they experience violence, the first words must be addressed to women”, she was content to raise.

You have 16.69% of this article left to read. The following is for subscribers only.