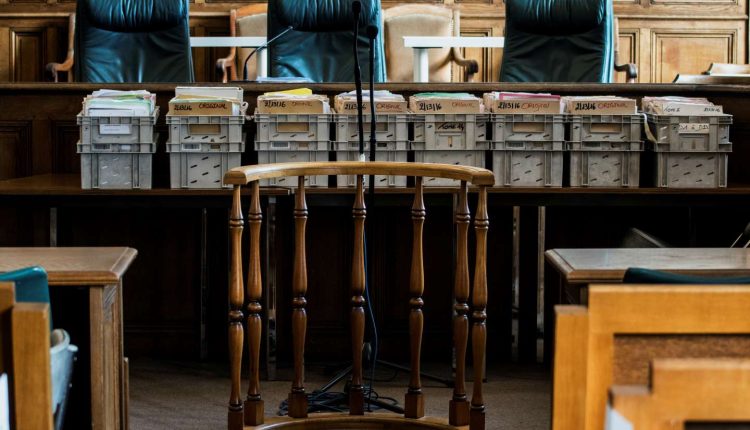 The UDI mayor of Puy-en-Velay (Haute-Loire), Michel Chapuis, was taken into police custody on Wednesday June 22 as part of an investigation by the National Financial Prosecutor’s Office (PNF). This measure, lifted the same evening, was taken in the context of a case of suspicion of favoritism concerning the concession to operate a hall with a metal structure from the 19th century, located in the city center.

The investigators of the gendarmerie have undertaken to hear several people in Le Puy since Monday, June 20, in particular territorial officials, but also elected officials. Already, at the end of March, around thirty investigators, accompanied by PNF magistrates, had searched the premises of the town hall, the Puy urban community and the homes of several people. The mayor had been under house arrest in his office for part of the day, while computer equipment was seized. Four people were then taken into custody.

The story begins in 2020, when the municipality decides to rehabilitate the hall, then to entrust its management to an operator, through a public service delegation. The idea: to develop a “gourmet” space, to enhance the hall and its surroundings.

An estimated turnover of 8 million euros

At the end of 2021, the public contract, involving an estimated turnover of 8 million euros over ten years, was awarded to a restaurateur from Le Puy, Guillaume Fourcade. Very quickly, his unfortunate competitor accuses the city of having rigged the process. Also a restaurateur, Alexis Haon filed two complaints in February 2022, one with the prosecutor of Puy-en-Velay and the other before the administrative court of Clermont-Ferrand.

Some territorial officials have striven to promote the Fourcade project

At the same time, clandestine recordings made in the premises of the town hall are added to the file. It appears that some territorial officials have made every effort to favor the Fourcade project, including by partially rewriting it, to the detriment of that of Alexis Haon. Aged 31, he had appeared, during the municipal elections of 2020, on a list of opposition to Michel Chapuis, close to the president of the region and former mayor of Puy-en-Velay, Laurent Wauquiez. In one of the clandestine recordings, we heard a territorial official affirm that a victory for Alexis Haon was not possible, because it would have greatly displeased Mr. Wauquiez.

Contacted by The worldMr. Chapuis reacted Thursday, June 23 at the end of the day: “As part of the investigation that affects the town hall, and after all the hearings already held, it was obvious and legitimate that as mayor, I respond to the request of the PNF to hear me. » The investigation continues in preliminary, confirms the PNF.