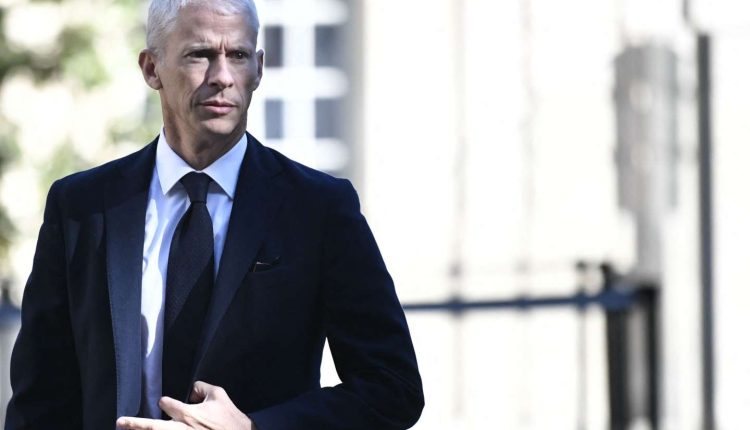 The High Council of Public Finances (HCFP) judges “unambitious” the trajectory set by the government to reduce the public deficit by 2027, in an opinion issued on Sunday September 25, on the eve of the presentation of the draft budget for 2023.

The trajectory by which the government intends to reduce this deficit from 5% of GDP to 2.9% over the duration of the five-year term is also estimated. “particularly fragile” by the HCFP, which considers its assumptions to be overly optimistic “on economic growth, on the control of public spending and on the increase in compulsory levies”.

According to the High Council, an independent body attached to the Court of Auditors, the government has “overrated” the impact of all the reforms it plans to implement, namely pensions, unemployment insurance, active solidarity income (RSA) and apprenticeship, “especially in the early years of programming”.

He specifies that for all these reforms, “neither the modalities, nor the impacts, nor the timetable are documented”. For retreats in particular, “the resulting savings would in any case be limited to the horizon of the programming period”.

The pension reform is not contained in the social security financing bill, according to the text consulted by Agence-Presse. The reform could be initiated by way of amendment during the parliamentary debate, or by a dedicated text, said Sunday the Minister for Relations with Parliament, Franck Riester. This text provides for a sharp decline in Social Security deficit next year, to 6.8 billion euros, against 17.8 billion in 2022.

According to the High Council, the public finance programming bill for the five-year term, which the government must present Monday at the same time as its budget for the year 2023, “does not register a rapid return to the objective of balancing public finances, to which France is committed” at the European level.

France is now one of the seven countries in the euro zone whose public debt is higher than the gross domestic product (GDP), while it is less than 80% of GDP for 11 of them, notes the HCFP, according to which even if the trajectory proposed by the government is respected, “France will continue to see its relative debt position deteriorate” within the euro area.

In its separate opinion for 2023 alone, the HCFP considers the government’s 1% growth forecast “a little high”. If revenues are likely to suffer next year from less strong activity than expected, they will increase thanks to higher tax revenues than had been anticipated in 2022.

Government spending is expected to fall by 1.1% once inflation is deducted, but “the deficit could ultimately be larger than expected due to the underestimation of certain expenses”. Finally, the public deficit forecast of 5% of GDP next year “is marked by the great uncertainty surrounding macroeconomic developments and in particular energy prices”.