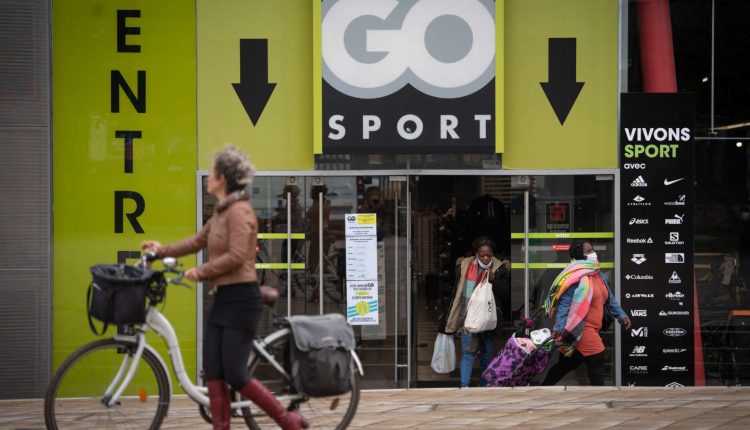 A year after being taken over by Bordeaux entrepreneur Michel Ohayon, Go Sport is going through a period of uncertainty. Worried since the judicial liquidation, at the end of September, of Camaïeu, a women’s clothing brand then owned by the Financière immobilière bordelaise (FIB), holding company of Mr. Ohayon, the 2,160 employees of the brand founded in 1978 learned, Thursday 1er December, the departure of their managing director. “Without any explanation”specifies an elected staff member.

Benoit Verdier, in office for eleven months, left his post, just a few months after the departure of the administrative and financial director, an employee of Go Sport for seventeen years. A tandem formed by Wilhelm Hubner, president of Hermione People & Brands (HPB), the structure of the FIB in charge of its assets in the distribution sector, and Samuel Alimi, vice-president of HPB and right-hand man of Mr. Ohayon, will ensure his replacement, said a spokesperson.

This change of direction follows two warnings. On October 18, during a meeting of the social and economic committee (CSE), staff representatives voted to implement a right to economic alert. And on November 22, by registered letter, the company’s auditors, KPMG and Ernst & Young, sent to the management of Go Sport “a special alert report”.

In this document to which The world had access, the two firms point to the “degradation of nearly 10% of turnover” of the sign “observed at the end of August 2022 compared to the budget” and ” disbursements relating to non-recurring items for an amount of 36.3 million euros, which very significantly burden the cash flow of Groupe Go Sport”. In this report sent to the president of the Commercial Court of Grenoble – the company’s head office is located in Sassenage, in Isère – KPMG and Ernst & Young estimate that, at “stadium and given the lack of information” provided by management, they do not have “a sufficient degree of confidence in the activity and cash forecasts of Groupe Go Sport, including the continuity of operations [leur] seems compromised”.

Following this report, the prosecutor of the Commercial Court of Grenoble summoned the company for a hearing, on December 19, in order to verify the financial situation of the distributor and the risk of cessation of payments.

By press release, Tuesday, December 6, HPB ensures however that “Go Sport is not in default”. The company says it has “honoured more than 70 million euros in exceptional charges” and be low in debt. “The request of the Public Prosecutor of Grenoble is based on erroneous information in the process of being rectified, which is causing serious harm to Go Sport and its shareholders”adds HPB, assuring that no “Amalgam should not be made between Camaïeu and Go Sport”.

You have 50.45% of this article left to read. The following is for subscribers only.

For or against hunting with hounds, a battle waged with hue and cry