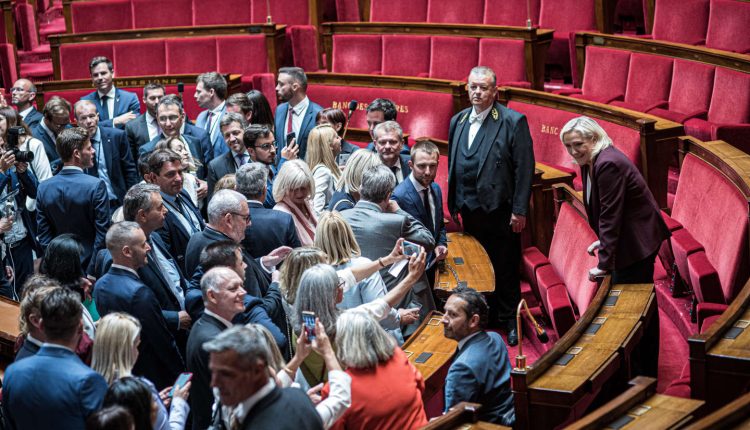 “An ungovernable France”, “an unprecedented deadlock situation”, “an institutional impasse”… the day after legislative elections marked by massive abstention (53.77% nationally. More than 70% of 18-24 year olds) and by the entry of 89 deputies from the National Rally (RN) on the benches of the new Assembly, the President of the Republic does not obtain an absolute majority in Parliament after his election.

We are convinced that the institutional upheaval we are experiencing today constitutes a tremendous opportunity to finally seriously open the democratic field, in order to transform our institutions in depth, towards a new, more participative method of government. There are many solutions to improve the functioning of our political system: proportional representation, recognition of the blank vote, majority judgment ballot, citizens’ initiative referendum (RIC), structural financing of democratic innovation, generalization of civic service to train young people active citizens, institutionalization of citizens’ conventions…

A citizens’ convention and a referendum

In recent months, many organizations have selected the most relevant proposals, brought together in a “democratic pact”. Candidates for the presidential election have been offered [par la coalition d’associations et d’ONG Démocratie ouverte] to sign it. More recently, a citizen summit, the #G500, was organized in Marseille [les 3 et 4 juin], resulting in proposals to bring citizens into the functioning of our democracy.

On the political side, the great forces are also asking for such a democratic refoundation, whether through a citizens’ convention to reform our institutions, followed by a referendum (socialists and ecologists), through a Constituent (“rebellious”) or through a conference of parties and a “national council for refoundation” (Together!). A political and citizen consensus seems to be emerging on the subject, and events are pushing to quickly initiate such a reform, but it is important not to get the method wrong.

Rethinking the political functioning of a nation is a major challenge, which requires a robust method. It is essential that all the actors concerned be present around the table: the major political forces of course, but also the actors of organized civil society, local elected officials and above all those most concerned: the citizens!

You have 63.16% of this article left to read. The following is for subscribers only.